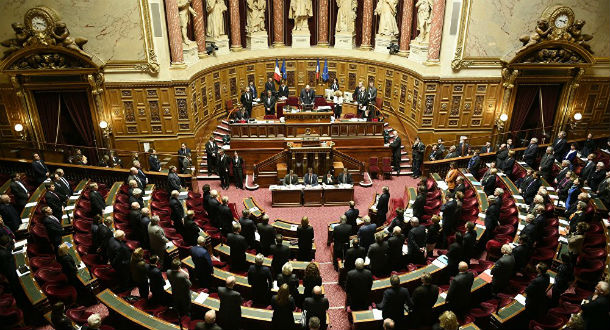 The Senate, the upper house of the French Parliament. Photo: File

Paris, France — The International Information Tibet Group in the French senate condemned China’s sentencing of the Tibetan language rights advocate with a five year imprisonment over on politically motivated charges of ‘inciting separatism’ after he publicly sought to realise his right to Tibetan language education in occupied Tibet.

His lawyers, who had limited access to him during his pre-trial detention, reportedly said that he was tortured and suffered extreme inhuman and degrading treatment during the first week of detention.

“At the announcement of the verdict of the trial of Mr Tashi Wangchuk, the President of the International Information Tibet Group, Mr Michel Raison, and the members of this group, are deeply shocked by his sentencing to 5 years in prison for “incitement to separatism,” the French Senate’s Tibet Group said in a statement issued on May 25, 2018.

“Mr Tashi Wangchuk pleaded in an interview in 2015 for the right of Tibetans to study in their mother tongue, in accordance with the Chinese Constitution which provides that each ethnic group has the right to use and develop its own language and its own writing.”

“As members and representatives of the Nation committed to the defense of human rights, members International Information Tibet Group deplore that rights as fundamental as culture, education or freedom of expression, are ” criminalized “in political affairs.”

“Faced with a dominant model that seems to pose national unity as an imperative of homogenization, they defend the idea that the culture and language of each minority ethnic group can continue to testify, within the current borders of the People’s Republic of China, the existence of a civilization in its own right with its language and customs.”

“Thus, through this verdict, the international information group on Tibet wishes to alert the need to safeguard the Tibetan identity, rich in history and spirituality, and believes that this identity is not protected by this great nation China, of which it is an integral part.”