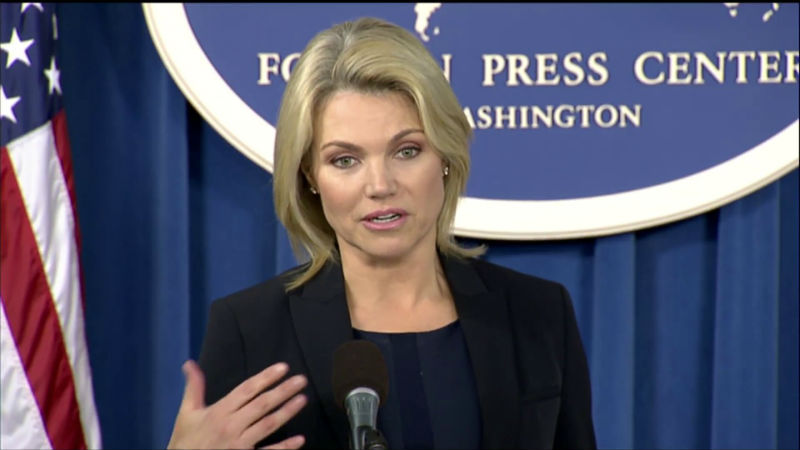 Washington, DC — The United States government said Tuesday it was "deeply disappointed" and expressed concerned over the decision by the government of the People's Republic of China to send the Tibetan language rights advocate to jail for five years over "inciting separatism" for exercising his fundamental freedom of expression.

"We are deeply disappointed that the Chinese government convicted Tashi Wangchuk, an advocate for Tibetan language education, on the charge of "inciting separatism" for exercising his fundamental freedom of expression in calling on the government to give greater attention and resources to teach the Tibetan language in Tibetan areas," the United States Department of State (DOS) said in a statement, issued on May 22, 2018.

Tashi Wangchuk, a 33-year old Tibetan language advocate, was detained on January 27, 2016 and his trial took place on January 4, 2018 at Yushu Intermediate People’s Court, in Jyekundo County in the Kham region of Tibet (Ch: Yushu Tibetan Autonomous Prefecture, Qinghai Province). His lawyers, who had limited access to him during his pre-trial detention, reported that he was tortured and suffered extreme inhuman and degrading treatment during the first week of detention.

After over two years in detention China has Tuesday sentenced a Tibetan language advocate, to five years in prison on politically motivated charges of ‘inciting separatism’ after he publicly sought to realise his right to Tibetan language education in occupied Tibet.

He was first detained on January 27, 2016 for publicly advocating Tibetan language education in schools in Tibetan populated areas. Two months before his detention, Tashi Wangchuk appeared in a New York Times documentary in which he can be seen advocating for the rights of Tibetans to learn and study in their mother tongue.