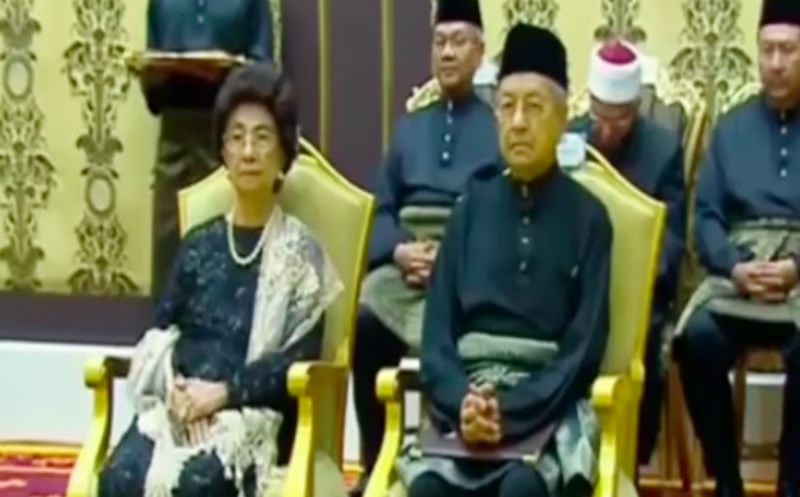 Dr Mahathir Mohamad and his wife Siti Hasmah Mohd during the swearing in ceremony. Photo: TNO

Dharamshala, India — The spiritual leader of Tibet, His Holiness the Dalai Lama has congratulated Prime Minister Mahathir Mohamad on being sworn in as the new prime minister of Malaysia.

In a letter dated May 11, 2018 to newly elected Malaysian Prime Minister Dr Mahathir Mohamad His Holiness the Dalai Lama said: "I would like to congratulate you on the historic victory of your Pakatan Harapan (Alliance of Hope) coalition in the national elections and on your becoming Prime Minister once more. The votes of the people have brought about change and demonstrated how well rooted democracy is in Malaysia.

"I have fond memories of my visit to Malaysia in 1982 and I am pleased to inform Your Excellency that these days I meet many Malaysian friends who come to India on pilgrimage. I appreciate the interest and support many of them show for my efforts to encourage the cultivation of fundamental human values such as compassion, as well as the promotion of harmony among our religious traditions."

The 92-year-old Dr Mahathir made the headlines not only for his advanced age but for being sworn in the second time as Prime Minister. His victory was also historic as the PH alliance he helms had beaten the Barisan Nasional coalition which had been in power for over six decades.