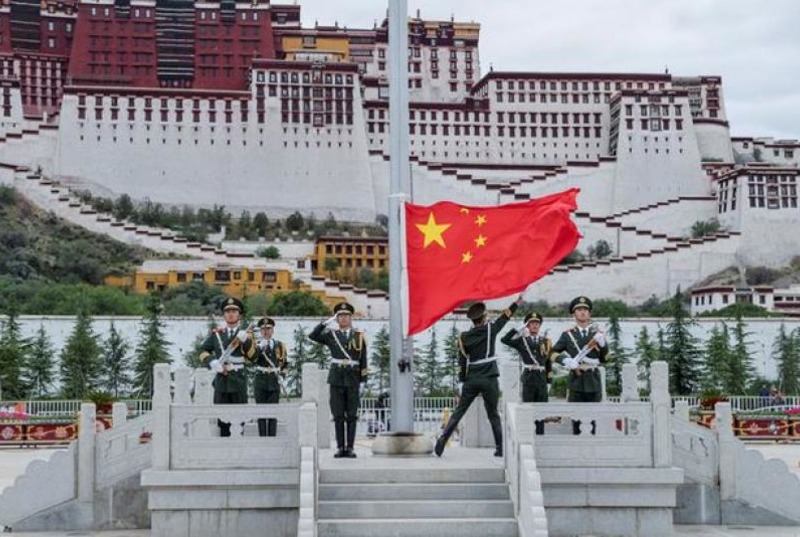 Dharamshala — "Since the second cycle of the Universal Periodic Review UPR of China in 2013, the human rights situation in the Tibetan areas of China has significantly worsened. This is true for both civil and political rights as well as for economic, social, and cultural rights of the Tibetan people," says a joint report submitted to the United Nations as part of the Universal Periodic Review of China.

The International Campaign for Tibet (ICT) in association with the International Federation for Human Rights (FIDH) has submitted a report including their recommendations for action in China based on the deteriorating state of human rights present in Tibet. The human rights review session of China is scheduled to take place in November 2018.

The joint report began, stating: "Since the second cycle of the Universal Periodic Review UPR of China in 2013, the human rights situation in the Tibetan areas of China has significantly worsened. This is true for both civil and political rights as well as for economic, social, and cultural rights of the Tibetan people. Violations have been widespread and systematic, and rhetoric, policies, and actions by the Chinese authorities have further undermined a rights based approach to deep-rooted grievances in Tibetan areas.

"A number of security-related legislative measures adopted by China are in direct contravention of international legal standards and provide the legal framework for further repressive measures by Chinese authorities. Because these legislative measures explicitly refer to 'separatism' and 'splittism' and politicize religious, cultural or social expression or dissent by labeling it “terrorist” or “extremist”, they have direct repercussions for Tibetans and their enjoyment of political, civil, economic, social, and cultural rights.

"As a result of the Chinese government’s repressive policies and the absence of space for Tibetans to freely express themselves, at least 153 Tibetans from every segment of society have self-immolated since February 2009 - one of the biggest waves of self-immolations in the past 60 years. The most recent case took place on March 7, 2018, when a Tibetan man in his 40s, Tsekho Tugchak, set himself on fire and died in Ngaba (Chinese: Aba) County, Sichuan Province, eastern Tibet."

The report continues to outline a markedly worsening situation with regard to civil and political rights as well as economic, social, and cultural rights of the Tibetan people, including a "hyper securitization of the Tibetan plateau, reflected by the adoption and implementation of security measures aimed at criminalizing any acts of non-violent dissent or criticism of state policies. This has had serious consequences for the Tibetan people’s rights to freedom of expression, freedom of peaceful assembly, and freedom of religion or belief.

"The creation of an extremely repressive environment, in which there are no limits to state authority, the climate of fear is pervasive, and every aspect of public and private life is tightly controlled and regulated.

"A systematic and widespread use of arbitrary detention, torture, and ill-treatment, as a result of a harsher approach to suppressing dissent and a culture of impunity among officials, paramilitary troops, and security personnel.

"Increasing interference and controls over religion, illustrated, in particular, by the Chinese government’s crackdown on the Tibetan Buddhist Institute of Larung Gar."

In addition, the report went on to make its recommendations for the review and to the government of China, including to immediately ratify the International Covenant on Civil and Political rights (ICCPR) and to grant UN Special Procedures that have requested a country visit unfettered access to Tibet.

Other recommendations included: "Repeal or significantly amend laws, regulations, and other provisions that violate the rights to freedom of expression, freedom of association, freedom of peaceful assembly, and freedom of religion or belief in order to bring them in line with international human rights standards."

The report also recommended that the UN, "undertake full investigations into ongoing reports of enforced disappearances, torture, and ill-treatment and ensure that those found responsible are prosecuted in trials that conform with international standards."