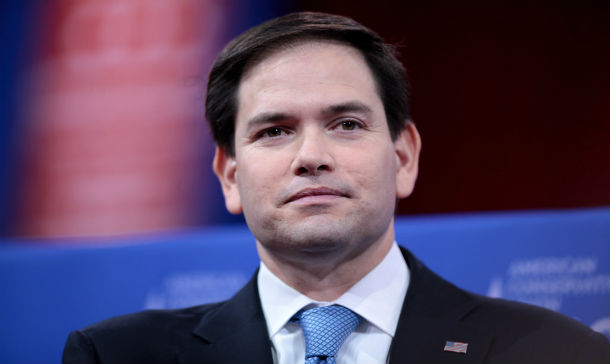 US Senator Marco Rubio has denounced “the long arm of China” after an American Marriott customer care manager was fired for hitting “like” on a tweet relating to Tibet.

According to a report in the Omaha World-Herald last week, Marriott employee Roy Jones logged onto the official Marriott Twitter account and clicked “like” on a tweet that thanked the hotel for listing Tibet as a country, rather than as a part of China, in a survey. Jones said he believed that he had done so by mistake, the Nebraska daily said.

Marriott in January triggered an online uproar with a customer questionnaire that listed Hong Kong, Macau, Tibet and Taiwan as separate countries. President and managing director of the hotel’s Asia-Pacific office Craig S. Smith reportedly told China Daily that it was a “huge mistake,” added that it was “probably one of the biggest in my career.”

Jones handled complaints, questions and reward-point requests directed to the hotel’s Twitter account. He had been working an eight-hour overnight shift when he “accidentally” liked the tweet from Friends of Tibet, a pro-Tibetan independence group.

The 49-year-old said the role was his “dream job” and said he did not receive any training on China-related issues. “I had to tell my dad that I got fired from this job because I pissed off China,” he told the paper.

The hotel previously apologised for the move and said it had fired the employee. It also announced an “eight-point rectification plan” after the controversy.

Rubio tweeted about the incident on Sunday, saying: “An American worker was fired by Marriott for accidentally ‘liking’ a tweet about Tibet after pressure came from China communist government.”

“This is the long arm of China. They can get an ‘American’ company to fire an American worker in America,” he added.