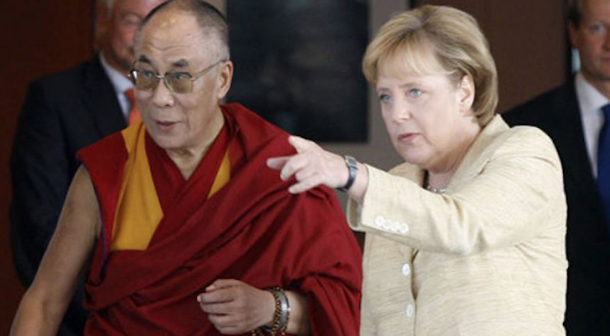 Dharamshala — His Holiness the Dalai Lama offered his congratulations to Angela Merkel open her re-inauguration as Chancellor of Germany for the fourth time.

In a letter to Chancellor Merkel, the spiritual leader, “You have been an enduring and inspirational leader, representing vision and stability. I am a great admirer of the spirit of the European Union, putting the common good ahead of local interests among nations, some of whom have historically fought each other. For over sixty years peace has prevailed, which is a sign of human maturity and a cause for celebration. It is my dream that before long similar unions will be established in Africa, Latin America and Asia.

“In these times of great uncertainty and upheaval, I very much appreciate your leadership in meeting your people's hopes and aspiration. I also admire your continued commitment to bringing about a more peaceful and compassionate world.” He concluded by sending his prayers and good wishes.

Chancellor Merkel was re-inaugurated on March 14th during a ceremony held in the German capitol.