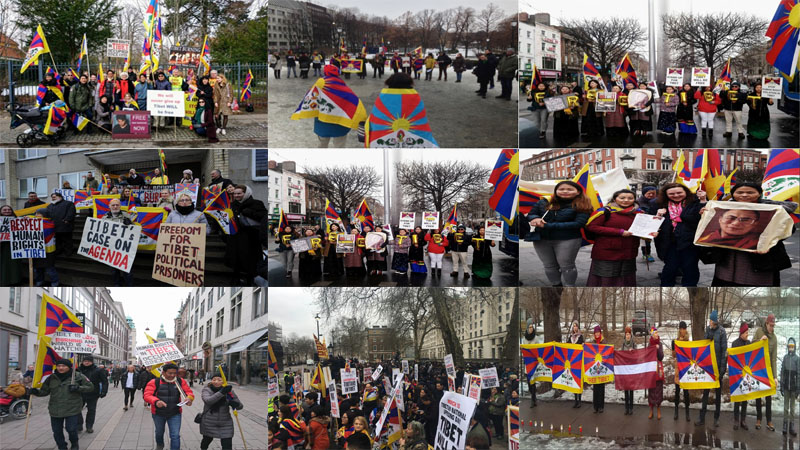 Tibetans around the world marked Tibetan National Uprising Day on March 10, with functions and marches happening across European and North American cities.

Tibetans in New York marked the event with a peaceful march from Cadman Plaza, Brooklyn to UN Plaza, where the group sang Tibetan national anthem and the song of uprising.

Events in accordance of the holiday were also celebrated in Latvia, Lithuania, Ireland, Denmark, United Kingdom, Norway, New Zealand, Australia, and other places.

In Denmark, The Danish Tibet Support Committee rented a van and decorated the inside with Tibetan flags, various posters, information and declarations in English, Danish and Chinese and parked the van right in front of the Embassy of China in Copenhagen, making it available for all passers-by to see.

In Oslo, Norway, Tibetans and supporters marked the occasion with a screening of Mickey Lemie’s film The Last Dalai Lama. Prior to the screening, three China experts spoke about the human rights situation in China and Tibet.