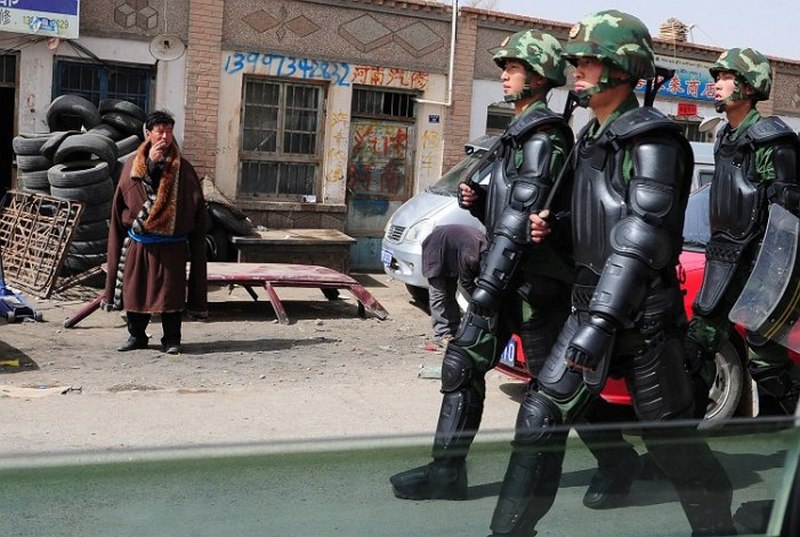 Dharamshala — International human rights watchdog, Amnesty International, released their annual report for 2017-18 on February 22, claiming that Chinese enactment of extended laws under the guise of 'national security' continued to present an acute threat to human rights inside Tibet.

In regards specifically to Tibet, the report states, "In June, in his report of a 2016 visit to China, the UN Special Rapporteur on extreme poverty and human rights stated that while achievements towards alleviating poverty were generally 'impressive', the situation of Tibetans and Uighurs was deeply problematic, and 'that most ethnic minorities in China are exposed to serious human rights challenges, including significantly higher poverty rates, ethnic discrimination and forced relocation'."

The report continued, stating, "The government continued to draft and enact new laws under the guise of 'national security' that presented serious threats to human rights. Nobel Peace Prize laureate Liu Xiaobo died in custody. Activists and human rights defenders were detained, prosecuted and sentenced on the basis of vague and overbroad charges such as 'subverting state power' and 'picking quarrels and provoking trouble'.

"Controls on the internet were strengthened. Repression of religious activities outside state-sanctioned churches increased. Repression conducted under 'anti-separatism' or 'counterterrorism' campaigns remained particularly severe in the Xinjiang Uighur Autonomous Region and Tibetan-populated areas."

Citing the example of Tashi Wangchuk, Tibetan language and education advocate who has been in detention since 2016, the report says, "Tashi Wangchuk remained in detention awaiting trial at the end of the year, without access to his family. He was taken away in early 2016 for giving an interview to the New York Times in which he expressed fears about the gradual extinction of the Tibetan language and culture.

"Ethnic Tibetans continued to face discrimination and restrictions on their rights to freedom of religion and belief, of opinion and expression, of peaceful assembly and of association."

Continuing to highlight the dire situation in Tibet, the report also included the disturbing trend of self-immolations in the region, stating, "At least six people set themselves on fire in Tibetan-populated areas during the year Amnesty International Report 2017/18, 129 in protest against repressive policies, bringing the known number of self-immolations since February 2009 to 152.

"On 18 March, Pema Gyaltsen set himself on fire in Ganzi (Tibetan: Kardze) Tibetan Autonomous Prefecture in Sichuan Province. Tibetan sources said that he was believed to be alive when he was taken away by the police. His relatives were detained and beaten when they approached the authorities asking for his whereabouts."

"In June, the State Council passed the revised Regulations on Religious Affairs, to come into effect on 1 February 2018. It codified far reaching state control over every aspect of religious practice, and extended power to authorities at all levels of the government to monitor, control and potentially punish religious practice. The revised law, which emphasized national security with a goal of curbing 'infiltration and extremism', could be used to further suppress the right to freedom of religion and belief, especially for Tibetan Buddhists, Uighur Muslims and unrecognized churches."

The rights group also highlighted China tightening its grip over an already well-censored cyberspace with Cyber security Law, which came into effect from June 1, 2017. As per the law, it is obligatory for Internet companies operating in China to censor users’ content.

The report noted, “In September, China’s dominant messaging service WeChat introduced new terms of service to collect a wide range of personal information, and made data on its over 900 million users available to the government.”