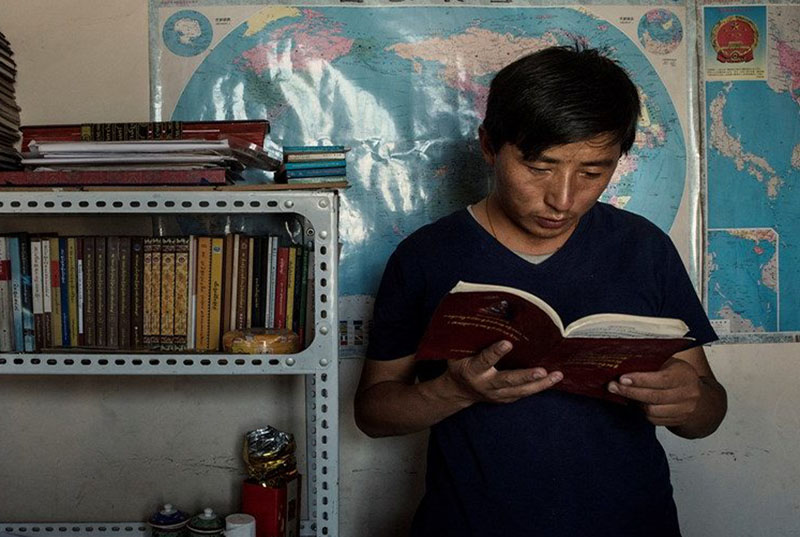 Geneva Switzerland — A group of UN human rights experts on Wednesday has condemned the detention in Tibet of a rights activist who promoted the Tibetan language, and called for charges against him to be dropped. and called upon China to release him "immediately".

"We condemn the continued detention of Mr Wangchuk and the criminalization of his freedom of expression as well as his right to stand and speak up for what he perceives as human rights violations in his region and country," the six experts said in a statement, issued on February 21, 2018.

Calling for his immediate release, the UN experts expressed serious concern over the ruling by a Chinese court to uphold charges of "incitement to separatism" brought against a human rights activist who appeared in a documentary calling for linguistic and cultural rights in Tibet.

The experts said all of the charges levelled against Tashi Wangchuk over comments in an article and video documentary in the New York Times should be dropped and they denounced the criminalization of linguistic and cultural rights advocacy.

Wangchuk was arrested on 27 January 2016, and has since been held in detention. On 4 January 2018, the Yushu Intermediate Court upheld the charges of "incitement to separatism" against Mr. Wangchuk, under article 103 section 2 of the Criminal Law of the People's Republic of China, which may lead to a prison sentence of more than 5 years.

"Free exchange of views about State policies, including criticism against policies and actions that appear to have a negative impact on the lives of people need to be protected and further encouraged," they said, adding that people should not be prosecuted for human rights advocacy and the promotion of culture and language in the name of 'national security' and 'public order'.

In November 2017, the Working Group on Arbitrary Detention rendered Opinion 69/2017 concerning Mr. Wangchuk, according to which his deprivation of liberty, being in contravention of articles 3, 5, 6, 7, 8, 9, 10, 11 (1) and 19 of the Universal Declaration of Human Rights, is arbitrary and falls within categories I, II and III.

The experts further reminded the Chinese authorities of the right of persons belonging to minorities to use and promote their own culture and languages without restrictions, and without fear of reprisals or criminalization.

The video in which Wangchuk appeared, "A Tibetan's Journey for Justice", was used by the Court as principal evidence for Mr. Wangchuk's intention to "attack the Chinese Government", "destroy the ethnic culture", "conspire to undermine ethnic unity, the unification of the country, and the political and social stability of the Tibetan areas" and to "demonize China's international image on the world stage".

"We urge the Chinese authorities to release Mr Wangchuk immediately and accord him an enforceable right to compensation and other reparations, in accordance with international law," the experts said.

The court case largely centered on comments the activist made in a New York Times article and video documentary in which he called for the Tibetan minority to be taught in their mother tongue. Tashi, 32, has pleaded not guilty. The case highlighted the risks that Chinese citizens often face when speaking to foreign media on sensitive issues.

Tashi, 32, has pleaded not guilty. The experts criticised a regional court ruling last month that upheld charges of "incitement to separatism" against Tashi Wangchuk, who has been held for more than two years. They said the charge can carry a five-year prison sentence.

“A Tibetan’s Journey for Justice”, produced by The New York Times in 2015 told the story of Tashi Wangchuk’s trip to Beijing to seek legal assistance in filing a lawsuit against local officials regarding the lack of Tibetan language education in schools. It revealed that no law firm was willing to take on the lawsuit and that the state-sponsored TV station, CCTV, refused Tashi Wangchuk’s request to report on the situation.

The Chinese authorities used the footage as evidence that he had deliberately incited “separatism” by attempting to discredit the Chinese regime’s international image and its policies on ethnic minorities.

The Yushu Intermediate Court's decision on the sanction is pending since the January 2018 hearing. The UN experts have notified the Government of China about their concerns.