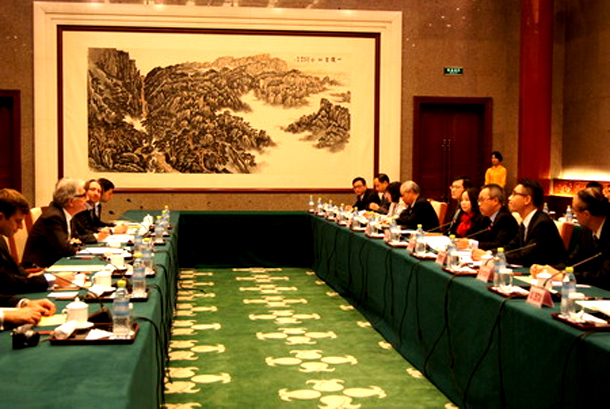 Dharamshala — German Human Rights Commissioner Mr Christoph Straesser who has led a delegation to Tibet, said what his delegation perceived was surely only a small part of reality in Tibet.

During an interview with German newspaper Deutsche Welle, Mr Straesser rebuked the Chinese government for showing an 'incorrect perception of reality' during his recent visit to China and Tibet as part of the EU-China human rights dialogue.

The Chinese State-Run Media Xinhua reported on November 25 that the dialogue was attended by top officials of the CCP, holding that the "dialogue was candid, comprehensive and deep and promoted mutual understanding."

However, responding to a question on the freedom of religion and language in Tibet, Straesser said: "What we perceived was surely only a small part of reality in this region."

"But given the decades-long discussions held in Germany, there is also the impression that Dalai Lama supporters aren't allowed to freely practice their religion given that the Dalai Lama is seen in China as someone who is allegedly seeking state autonomy for Tibet."

"His supporters are in constant danger of having their rights infringed because of their affiliation. This also leads to more arrests and very unpleasant situations for these people," he added.

Describing the current situation in Tibet as a clear violation of the right to religious freedom, he said, " However, we must take into account that only through persistent dialogue can we achieve that the Chinese government views the Dalai Lama as someone who is not seeking to divide the country."

"We also have to point to the fact that the Dalai Lama is also seen in our region – when he comes to Germany – as a religious leader and a Nobel Peace Prize laureate who says he has no intention whatsoever of disentangling Tibet from the People's Republic of China," he said.

The German Human Rights Commissioner also discussed the issue of political prisoners and other Chinese dissidents including the case of Gao Yu, an outspoken former journalist who was granted medical parole after she was sentenced to seven years in prison in April 2015.

The Germany delegation paid a visit to Tibet. Beijing said it "hopes the tour will help the German side get a correct and objective understanding of the region."