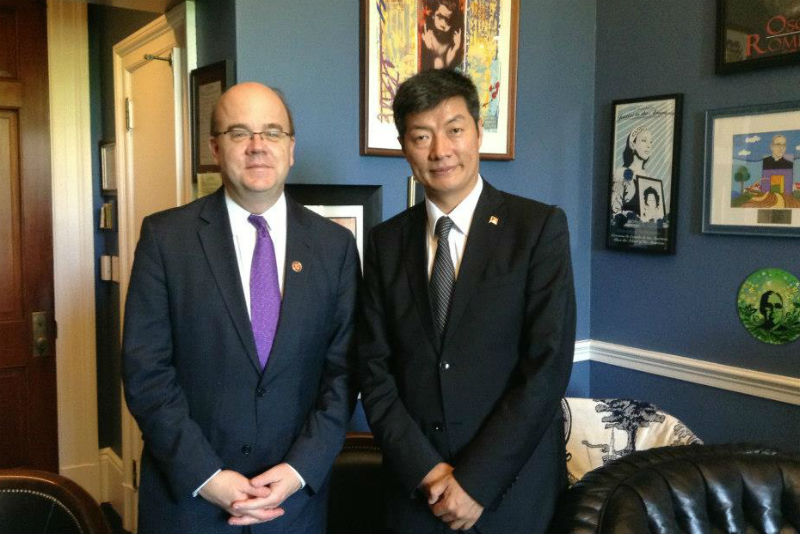 Washington, DC — A US Congressman has urged the US government to raise with the Chinese Government to allow a medical parole to Tenzin Delek Rinpoche citing news reports of the Tibetan Buddhist leader's ill health.

Jim McGovern, a member of the US House of Representatives, sent a letter to the U.S. Special Coordinator for Tibetan Issues, Sarah Sewall, marking the 13th anniversary of the arrest and detention of Tenzin Rinpoche, RTT reported.

"I respectfully request that you and others at the State Department and the U.S. Embassy in China make his release on Medical Parole a priority so that he might have the opportunity for medical treatment outside Tibet and China as soon as possible," McGovern, says.

On 2002 April 7, the Rinpoche was arrested on false charges of exploding bombs and distributing separatist leaflets. His conviction was based on a confession obtained under torture from his alleged accomplice, Lobsang Dondrup, who was sentenced to death and executed on 26 January 2003.

Tenzin Delek's death sentence was lessened to life sentence in 2005. During the trial, no evidence other than the confession of Lobsang Dondrup was offered as Tenzin Delek maintained his innocence throughout. No court documents have been released to date, Tenzin Delek was provided no legal representation, and the case continues to be shrouded in absolute secrecy.

People who know about Tenzin Delek Rinpoche's condition say that he is in need of urgent medical care. In his letter, Congressman McGovern says that "it is my understanding that he is eligible to be released under Chinese law under the terms of Medical Parole."

Recognized by His Holiness the Dalai Lama as a reincarnated monk in the 1980s, Rinpoche has been a community leader and a staunch advocate for the protection and preservation of Tibetan culture, religion, and way of life for decades.

Tenzin Delek Rinpoche is widely respected by the people (both Tibetan and Chinese) in his home county of Lithang in eastern Tibet. Over 40,000 of them have signed their names to a petition asking for his release.

The International Campaign for Tibet has called for the immediate release of the Rinpoche and urged governments to continue to explicitly raise his case and that of other Tibetan political prisoners with the Chinese authorities. ICT urged the State Department to act on the communication from Congressman Jim McGovern and raise the issue of medical parole for Rinpoche with the Chinese authorities.