Empty
Dharamshala: Liberia's former president Charles Taylor has lost his defence lawyer while in the closing stages of his war crimes trial in the Hague.

Mr. Taylor faces 11 charges of war crimes and crimes against humanity. He is accused of arming and controlling the vicious Revolutionary United Front (RUF) in neighbouring Sierra Leone, notorious for the mutilation of thousands of civilians in the 1990s, and of selling 'blood diamonds' which he received from the rebels as payment for providing them with weapons.

More than 100 witnesses have been heard during the trial, including actress Mia Farrow and supermodel Naomi Campbell, who allegedly received several uncut diamonds as a gift in 1997.

The trial began in June 2007 and is the first international trial of a former African Head of State to take place. If convicted, Mr. Taylor will face a prison sentence in the U.K. The trial is expected to draw to a close later this year. 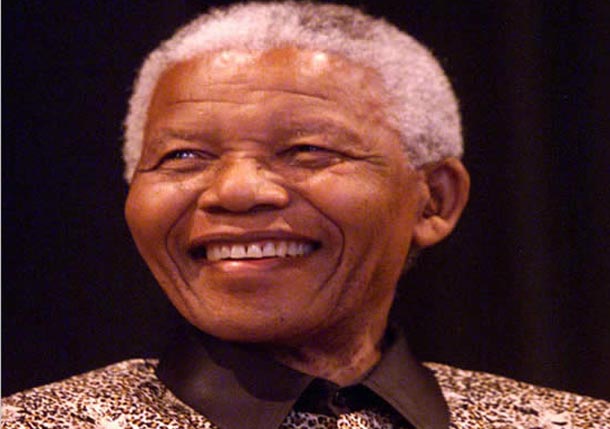 Empty
Dharamshala: At least three people have been killed in a rare anti-government protest in the Egyptian capital. The demonstrations, inspired by the recent revolt in Tunisia, drew thousands of people to the city centre as protesters in Tahrir Square vowed to camp out all night and made appeals on Facebook for food and blankets. Police forces moved in around 0100 local time and began using tear gas and water canons to disperse the crowds, who had pushed their way through to the parliament building, with reports of beatings occurring during the conflict. Eyewitnesses say demonstrators stormed the city chanting calls for the demission of President Hosni Mubarak, who has ruled since 1981.

Reports have surfaced that many news and social networking websites had been blocked by Egyptian authorities, with one Swedish site accusing officials of trying to control the news agenda.

Riots also broke out in other cities with crowds in Alexandria shouting "Revolution, revolution, like a volcano, against Mubarak the coward." By dawn the protesters had been cleared, and cleaners were seen sweeping litter and debris from the streets.

Empty
Brussels: Two internships of four weeks each are being offered by Members of the European Parliament (MEPs) to Tibetan youths in Europe: the first starting on March 1 and the second in late May. The internships were attained by the Bureau du Tibet Brussels, in the aim of giving Tibetan youths the opportunity to gain an understanding of the European Parliament and other EU institutions, working in a multicultural environment.

Applicants must be over twenty years old (25 for Internship 1) and must have completed high school, and be able to provide a CV with cover letter in English to:

Empty
Dharamshala: President Barack Obama has called for cooperation between the divided Democratic and Republican parties in the US Congress during his State of the Union address on Tuesday night. The president advocated the need for action to cut the deficit and meet the challenges posed by competitors China and India to the American economy, claiming the nation was "poised for progress" following the recession.

In order to show unity, Republicans and Democrats broke from tradition and sat together to hear the speech, in which the president urged innovation and cooperation in order for the next generation to counter high unemployment caused by competition from developing economies. He also pledged investment in biomedical research, information technology and clean-energy technology to help create jobs as well as investment in infrastructure, including internet accessibility. Republicans, however, expressed concern over debt and conveyed their opposition to public spending increases.

The president also praised improved relations with both Russia and India and reaffirmed the US commitment in Afghanistan, also commending US combat troops for ending the conflict in Iraq "with their heads held high." Another issue he said needed to be addressed once and for all was that of immigration, though he added that society needed to learn to value the children of undocumented workers and their vital contribution to the nation.
[[Obama!]] more detail [[political union|informations]].

Empty
Dharmshala: A Japanese-American holistic healer based in New-York will help build a school for Tibetan orphans in North India. Manjushree Orphanage, located in Tawang in the Himalayan heighs, counts around 180 children.

The project has already been endorsed by His Holiness the Dalai Lama, whom she had met on many occasions before. Dr. Kazuko Tatsumura, has now the task to raise funds in the U.S. and Japan to build the Tibetan-designed school at a cost of $360,000. Tibet House U.S. has agreed to serve as fiscal sponsor in the U.S. for contributions. This is said to be the first joint project between the U.S. and Japan Tibet House, under the auspices of the Office of His Holiness the Dalai Lama in Japan.

Empty
Dharamshala: The Deputy Speaker of the Tibetan Parliament in Exile, Mrs Dolma Gyari, presided over a meeting held on January 15 at the Parliamentary Secretariat, regarding the implementation of the First Tibetan General Meeting's final recommendations, approved by the Parliament during its 10th session.

The 12-point recommendation consisted of matters relating to the political situation in Tibet, sustenance of Tibetan settlements in exile, economy and education and the advocacy of the Tibetan cause.

It is the result of extensive parliamentary disscusions between 16-18 December, during which time the Parliament's Standing Committee finalised its implimentation. 12 of these final recommendations were presented and discussed with the Kashag during the January 15 meeting.