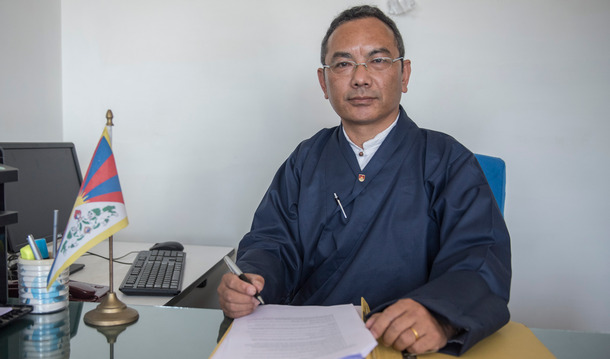 Dharamshala, India — An article published by the Pioneer [www.dailypioneer.com], an English language daily newspaper in India, is grossly misleading and cautioned the general public to be careful and not take this bait of internal vituperation, said the Tibetan government in-Exile.

"The report is grossly misleading and cautioned the general public to be careful and not take this bait of internal vituperation," the Secretary of Department of Information and International Relations (DIIR) of the Tibetan government in-Exile, Tsewang Gyalpo Arya said a statement in response to the report.

"The Department of Information and International Relations (DIIR) has, in consultation with the Kashag, issued a rebuttal to the Chief Editor of The Pioneer," the statement said.

The DIIR Secretary further said that "It was made clear that the case in question has nothing to do with His Holiness the Dalai Lama and his authority. Request was also made to look into the facts before publishing such an irresponsible piece".

The statement concluded by stating, "His Holiness the Dalai Lama is the most influential leader who is revered by six million Tibetans inside and outside Tibet. President Dr Lobsang Sangay has the highest reverence for him.'