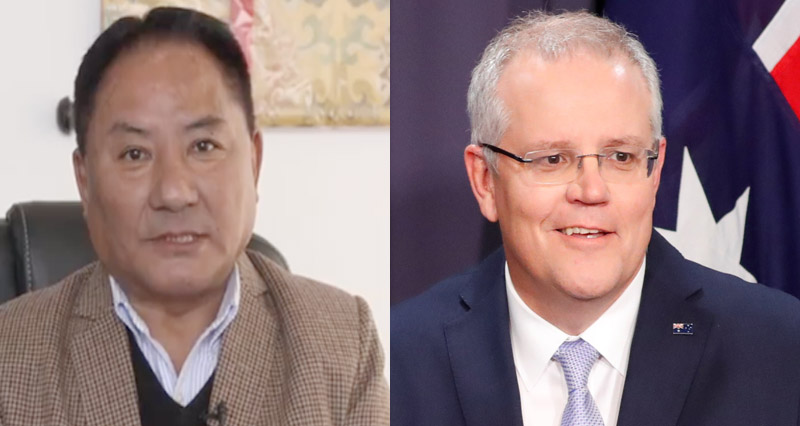 In the congratulatory letter, Speaker Pema Jungney wished the Australian Prime Minister great success in fulfilling hopes and aspiration of his people.

“I, on behalf of Tibetan Parliament-in-Exile and the Tibetans in and outside Tibet, would like to extend my heartiest congratulation to you and your party for the victory in the Australian Coalition Party’s in Australia’s Parliamentary elections,” he wrote.

“Taking this opportunity, I would like to express my deepest gratitude to the Australian Government and the people for your exemplary support in hosting former Tibetan political prisoners from Tibet and for showing concern to our cause of Tibet,” Speaker Pema Jungney.

“I look forward to your continued support regarding the worsening human rights situation inside Tibet so as to resolve the issue of Tibet soon,” he said.

“I extend my prayers and best wishes to you and your administration for all the future endeavors,” the Tibetan Parliament speaker concluded.