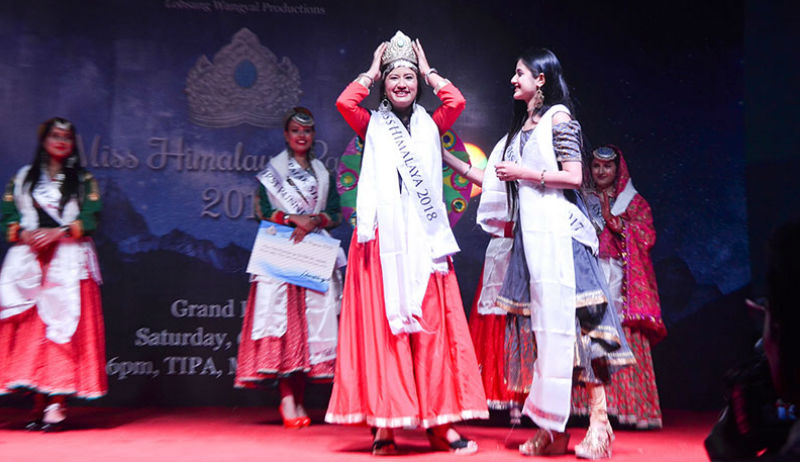 The 23-year-old winner says, “Winning this pageant has a big responsibility. I have to live up to many expectations. I will try to live up to that and be a role model for the Himalayan women.

“I would like to encourage all Himalayan women to try something new and try to bring out the hidden side of yourselves, and I hope there are contestants from East to West of the Himalaya in next year’s Pageant.”

Palak Sharma, 20, from Chamba, was chosen the First Runner-up, while Ashima Sharma, 24, from Jammu was given the Second Runner-up place. Out-going Miss Himalaya Pageant 2017 Preksha Rana passed on the crown to the winner. Ritika received a cheque of one lakh (100,000) rupees, Miss Palak 50,000 rupees, and Miss Ashima 25,000 rupees. Miss Photogenic voting opened at 10 pm IST on 4 October and closed at 5 pm on 6 October.

The winner of this round was Miss Shalika Rana. Three judges decided the winners: Dr Natasha Mehra, a general dentist with specialisation in aesthetic dentistry and gum treatments; Thierry Dodin, an academic researcher and current affairs analyst on Tibet, the wider Himalayan region and Buddhism; and Tsering Tsomo the Executive Director of Tibetan Centre for Human Rights and Democracy.

Sixth in the series since 2012, the Pageant had seven contestants. Out of which, six were from Himachal Pradesh, while one was from Jammu. Director Lobsang Wangyal said, “We will continue to put in every effort so that there will be contestants from Ladakh to Arunachal Pradesh in the future Miss Himalaya Pageants.”

“We are tying up with local producers in New York City, and the Pageant may happen in June or July next year.”