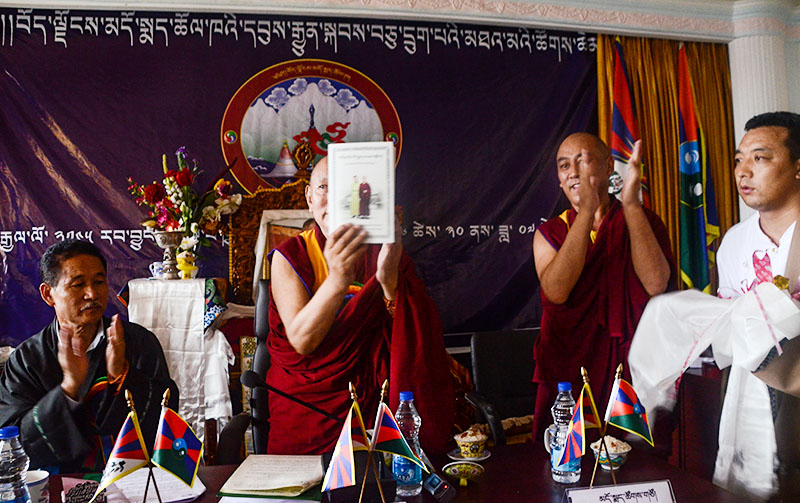 Kirti Rinpoche and former Kalon Thupten Lungrik graced the occasion. The book was release in their presence without much fanfare.

Speaking on the occasion, Kirti Rinpoche spoke highly about the Gyalo Thondup. He said “ he really worked hard for Tibet cause, If I remember correctly, he might be lone surviving man to serve Kalon (minister) in both Tibet (before the invasion) and in exile”.

He also emphasis need to stay united in fighting Chinese. Recalling, how even without much knowledge (during initial years in exile), his generation worked hard with full dedication to rebuild Tibetan society.

Gyalo Thondup, former interlocutor between Tibetan spiritual leader and Chinese Communist government was the one of the main channel of communication between the two in early period in exile. He was also intermediary between western secret agencies and Tibetan armed resistance forces.

Together with Anne F. Thurston, Gyalo Thondup tells compelling account of conspiracy, covert operations and armed resistance carried out after Tibet was invaded by China in 1959.