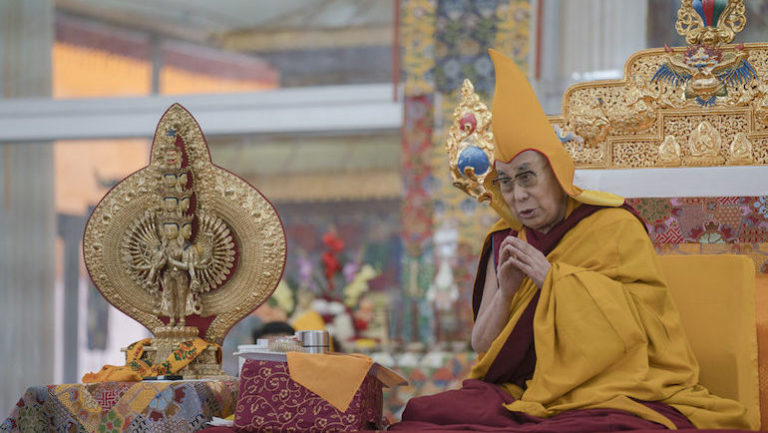 Dharamshala — The office of His Holiness the Dalai Lama has announced a new schedule for January 2018, including two teachings in Bodhgaya, India after the new year.

From January 5-7, His Holiness will give a three-day teaching on Dharmachakra Parivaretan Sutra on The Four Noble Truths and the Sutra on Dependent Origination. The teaching has been requested by the Indian Buddhists of Nalanda Shiksha.

From January 14 – 16, His Holiness will give another three-day teaching on Nagarjuna’s Commentary on Bodhicitta (jangchup semdrel) & Gyalsey Thokme Sangpos’s Thirty-Seven Practices of a Bodhisattva for the general public.