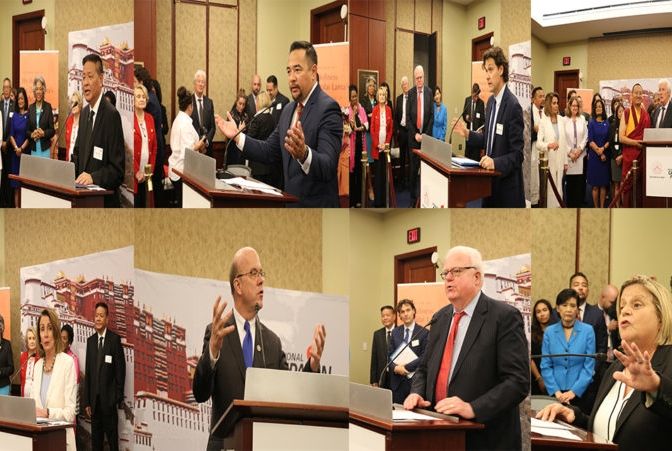 Dharamshala — In accordance with His Holiness the Dalai Lama's upcoming birthday, the Office of Tibet and International Campaign for Tibet jointly hosted a reception at the US Capitol Building on June 27th.

Tibetan government representative Penpa Tsering and ICT president Matteo Mecacci welcomed the members to the reception, including more than a dozen members of Congress and more that 300 other invited guests.

The occassion was in celebration of His Holiness the Dalai Lama's 82nd birthday on July 6, 2017.