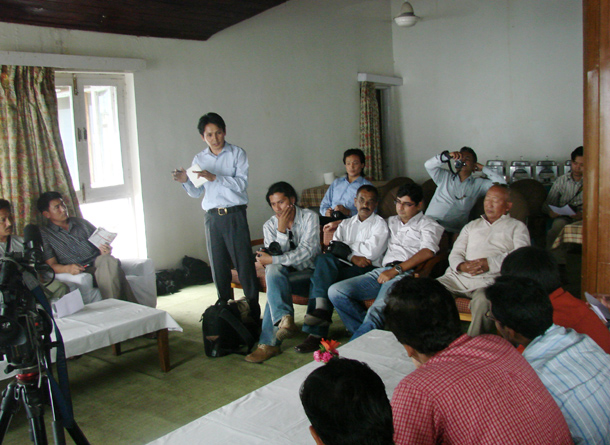 Dharamsala October 08, 2009: The Association of Tibetan Journalists (ATJ) has released a press statement appealing to participants at the World Media Summit, a gathering organized by the Chinese government's official new agency, Xinhua, to be mindful of the Chinese Communist Party's lies and propaganda, as well as the widespread media censorship and free speech violations in China and Tibet. 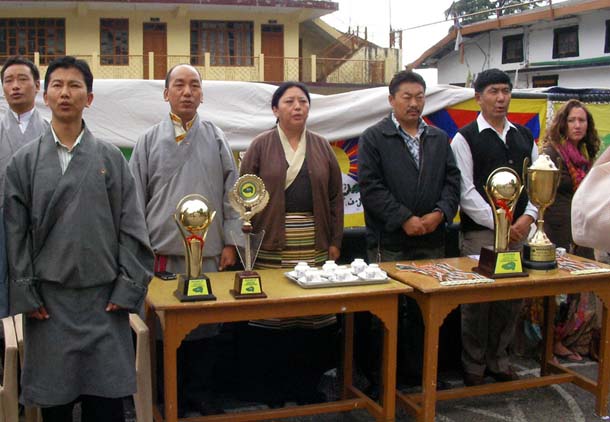 Today was the 40th anniversary of the Tibetan Youth Congress and, to mark the event, a ceremony was held at the Tibetan Institute of Performing Arts, Dharamsala. The Deputy Speaker of the Tibetan Parliament-in-exile, Mrs Dolma Gyari, the Director of the Tibetan Welfare Office, Mr Tsering Phuntsok, and representatives from Tibetan NGOs attended the ceremony, together with around 400 local Tibetan people. 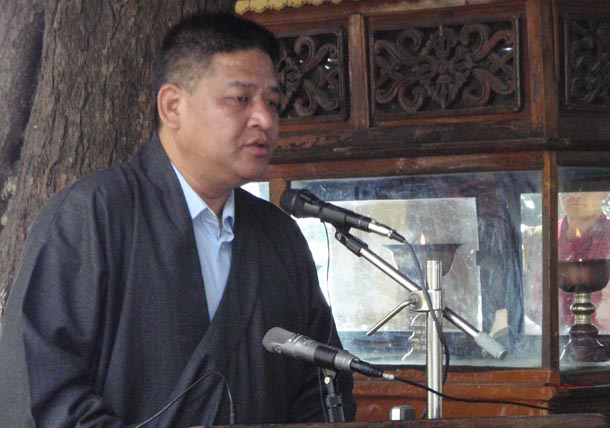 Dharamshala: In remembrance of the demonstration in Lhasa on September 27th 1987, yesterday GuChuSum, the organization of Tibetan ex-political prisoners based in McLeod Ganj, Dharamsala, held its annual commemoration ceremony. 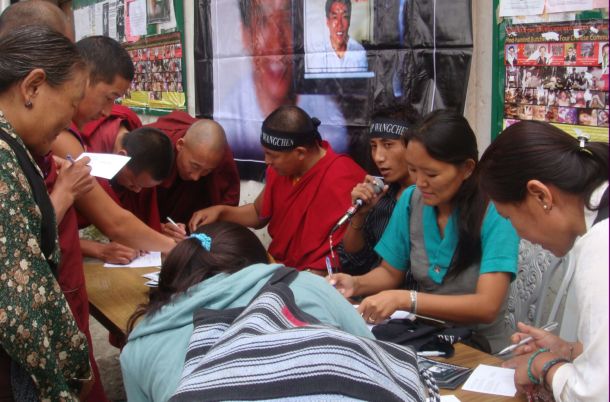 Dharamshala: Tibet campaigners call Global Day of Action for Dhondup Wangchen today, on September 23, to express their outrage upon learning details of the probable charges facing the Tibetan film-maker. Dhondup Wangchen was formally arrested in July 2008 under suspicion of “inciting separatism” and espionage for filming interviews with ordinary Tibetans about their views on the Olympic Games, the Dalai Lama and Chinese government policies in Tibet. 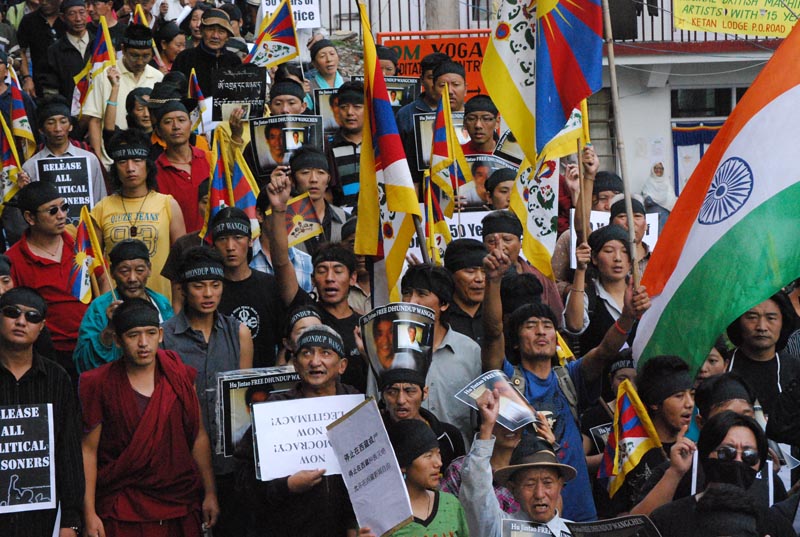 This morning in China, the overwhelming theme was advanced military technology. With the unveiling of 52 new weapons systems, nuclear submarines, unmanned aerial vehicles, and five new types of missiles including intercontinental ballistic nuclear missiles all bearing the tag "Made in China," Beijing today celebrated the 60th anniversary of The People's Republic. 200,000 soldiers representing the 2.3 million members of the People's Liberation Army, the largest standing army in the world, paraded through the streets of the capital city while fighter jets and airborne bombers cruised overhead to the delight of 180,000 hand-picked ticket holders. 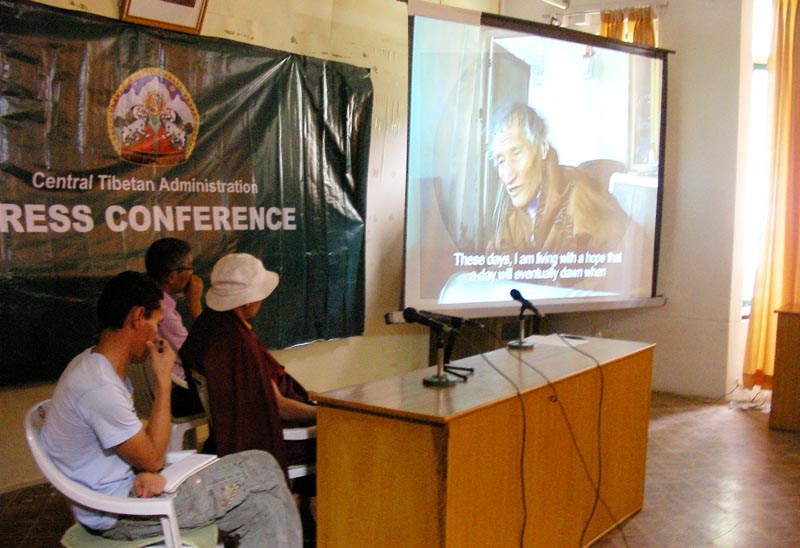 Dharamshala: A video interview shot by a Tibetan monk Rinchen Sangpo that was presented today by the Department of Information and International Relations, Central Tibetan Administration reveals "China ´s repression on every aspect of Tibet´ s identity for the last five decades of its rule". 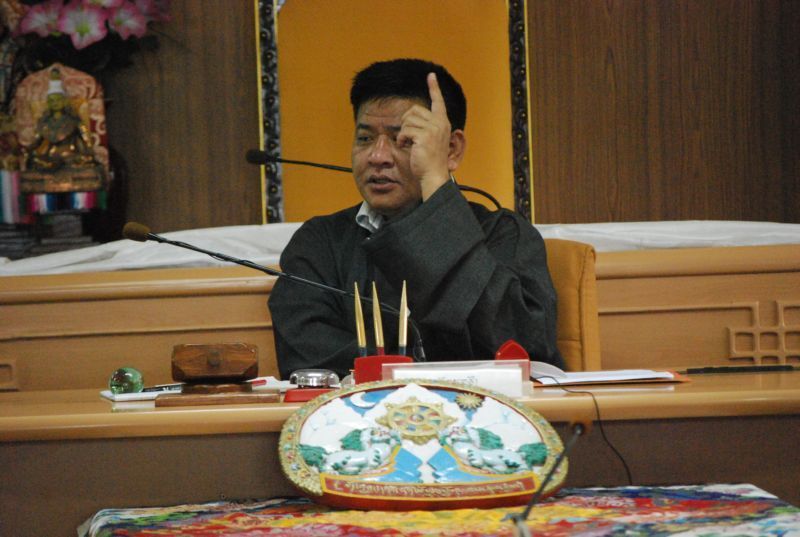 Dharamshala: Proceeding sessions of the 14th Tibetan parliament-in-exile have been postponed indefinitely as of this afternoon. The reason for this was a staged walkout by some members after a proposal made by a fellow MP. This decreased the number of members in attendance to less than two-thirds (28 members) of the entire parliament which, according to the Tibetan charter, did not allow the parliament to continue with the session.