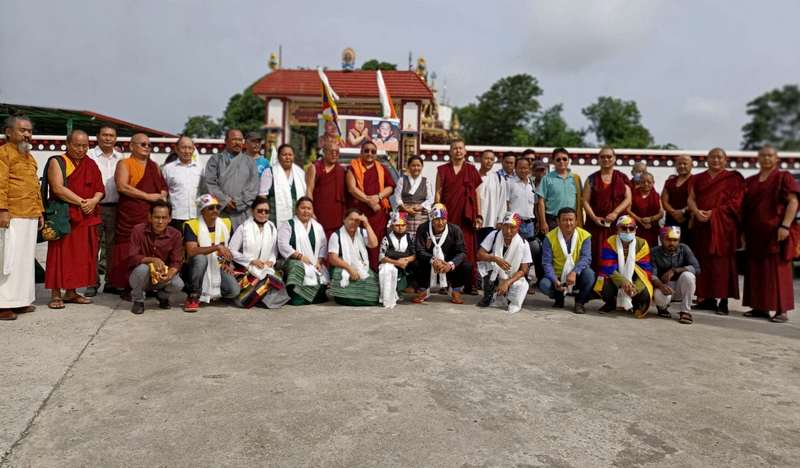 Tibetan activists start a bike rally for Panchen Lama in Mundgod, India on May 15, 2022. Photo: file

Mundgod — Regional Tibetan Youth Congress, and Regional Tibetan Women’s Association, Mundgod organised 'Bike Rally for Panchen Lama' to raise awareness about his situation, the condition of Tibetans living under the hard-line policies of the Chinese government and to show our solidarity to our brothers and sisters inside Tibet.

On May 15, 2022, Regional Tibetan Youth Congress (RTYC), and Regional Tibetan Women’s Association, Mundgod organised a 'Bike Rally for Panchen Lama' from Mundgod Tibetan Settlement and to Bangalore city with three demands: demand China to give evidence that the 11' Panchen Lama is alive, urge China to address the demands of the self-immolations in Tibet, and demand China for the unconditional release of all political prisoners in Tibet.

“After repeated attempts to gain access to the boy, no international agencies or human rights organisations (including the United Nations) have been allowed to visit Gedun Choekyi Nima or his family, and their condition remains uncertain. In an attempt to establish their authority over all "internal affairs" of China (political or otherwise) the Chinese leadership nominated and selected their own 11' Panchen Lama in November 1995. Their selection of six-year-old boy named Gyaltsen Norbu, is another young victim in China's plan to undermine and control the Tibetan people, their faith, religion, and their nation,” they added.

“We seek accurate information about Gedhun Choekyi Nima's whereabouts and wellbeing and we urge the United Nations as well as governments of the world to pressure the Chinese government to show us concrete evidence that Panchen Lama is indeed alive and well,” RTYC concluded.