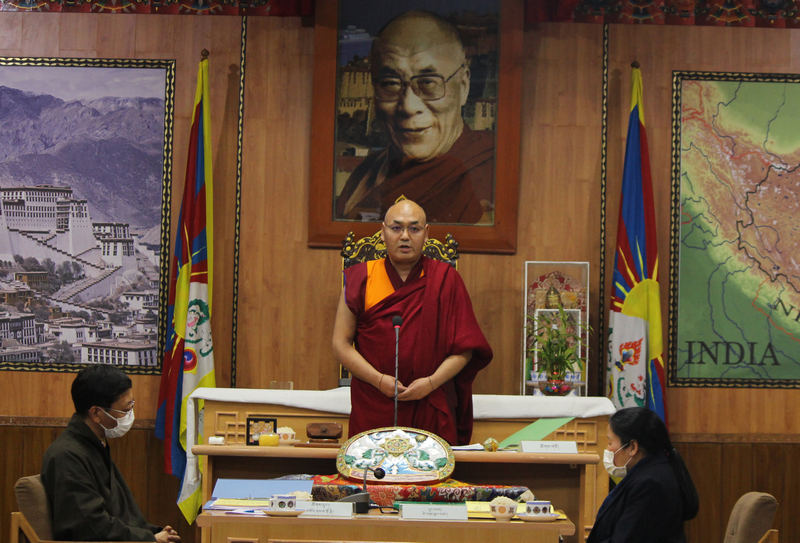 Dharamshala — The Tibetan Parliament-in-Exile raised matters of urgency and public awareness about the deteriorating situation in Tibet at the opening of its 2nd parliamentary session, which began on Monday in Dharamshala, India.

A five-day 2nd Session of the 17th Tibetan Parliament in-Exile (TPiE) kicked off on Monday 14 March 2022 in Dharamshala, India, where the headquarters of the Tibetan Government-in-Exile are currently based.

In his opening speech, Khenpo Sonam Tenphel, the Speaker of the TPiE has raised issues of urgent and immediate public attention on the deteriorating situation in Tibet in the wake of yet another case of self-immolation of a popular Tibetan singer, Tsewang Norbu, 25, who died from severe burn injuries. Despite severe restrictions and extensive police deployment, Norbu self-immolated in front of the Potala Palace in Lhasa, the capital of Tibet on February 25, 2022, in a protest against the ongoing occupation and repression of the Chinese regime.

While condemning China's ill-treatment of people in Tibet, aggressively limiting their freedom of movement, assembly and speech, the Speaker highlighted the grievance of Tibetans inside Tibet on behalf of the TPiE. “Among the resolutions is another significant resolution to extend solidarity to the Tibetans inside Tibet living under strenuous restrictions and repression," said Khenpo Tenphel.

"Since 2008, such resolutions have become recurrent during the first day of the parliamentary session and the content of these resolutions are crucial, whether it be for international policies toward Tibet or China’s Tibet policy. Most importantly, it reflects the deteriorating human rights and environmental situations inside Tibet,” the Speaker added.

He also remarked on the widespread crackdown on the practice of religion in Drango County, eastern Tibet, where holy statues of Buddha and other deities have been ruthlessly destroyed recently and several Tibetans who have protested have been arrested or arbitrarily detained.

Highlighting the ongoing repression in Tibet, the Speaker raised the case of the well-known Tibetan author and lecturer, Go Sherab Gyatso, who was sentenced to 10 years in prison in a secret trial for his outspoken, advocacy of the protection and preservation of Tibet's environment, religion, language and culture. Like him, many Tibetans have been arbitrarily arrested and handed down grotesque sentences.

This session covers discussions and deliberations on the annual report of the previous Kashag (Cabinet) report of the year 2020-2021 and all seven departments are expected to present their respective reports which are subject to review and consideration by the MPs for their responses and clarifications. The 2nd session of the 17th TPiE is scheduled to conclude on March 18, 2022.