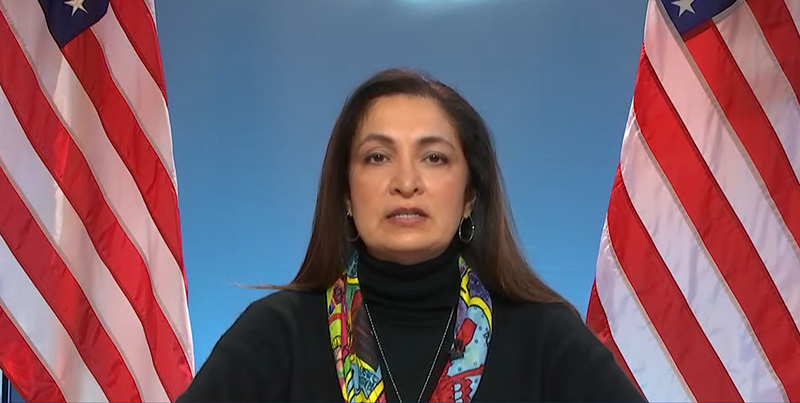 Dharamshala, India — Sikyong of Central Tibetan Administration and Speaker of Tibetan Parliament-in-Exile expressed appreciation for the appointment of the U.S. Special Coordinator for Tibetan Issues, expressing hope that the new Special Coordinator will work to restore dialogue between Tibet and China and hold China accountable for human rights violations in Tibet.

Penpa Tsering, Sikyong of Central Tibetan Administration(CTA) held a press conference at Lhakpa Tsering Hall, DIIR, Dharamshala, H.P, India, on December 21, 2021, and where he said “on behalf of Tibetans in Tibet and outside Tibet, we are very pleased that the US Under Secretary Uzra Zeya has been appointed as the U.S. Special Coordinator for Tibet Issues.”

“I want to thank President Biden and Secretary of State Blinken for the appointment. We are really looking forward to working with the Special Coordinator in a new capacity,” he added.

“The United States has played a very important political role not only in supporting Tibet and resolving the Sino-Tibetan conflict, but also in humanitarian support,” Sikyong concluded.

Khenpo Sonam Tenphel, Speaker of Tibetan Parliament-in-Exile(TPiE) has also congratulated US Under Secretary Uzra Zeya on her appointment as the US Special Coordinator for Tibetan Issues on December 21, 2021.

“It brings me great joy in congratulating you on being appointed as the Special Coordinator for the Tibetan issue and to extend our gratitude to the US government for the timely appointment,” the Speaker of TPiE wrote.

“We are very honored to have you coordinate the U.S. government policies, programs, and projects concerning Tibetan issues. With your designation as the Special Coordinator for Tibetan issue, we are very hopeful that your effort will bring positive developments in the resumption of dialogue between the People’s Republic of China and the envoys of His Holiness the Dalai Lama,” the Speaker stated.

“We are confident that under your coordination the US will press human rights violations happening inside Tibet, strive on the preservation of the environment of the Tibetan plateau, and work on protection of the unique culture, religion, and identity of Tibetans,” Speaker Sonam Tenphel said.

“Once again, on behalf of all the Tibetans living across the world, I would like to extend my heartiest congratulation to you on your appointment as the Special Coordinator for the Tibetan issue and wish you the best in your future endeavors,” the Speaker concluded.