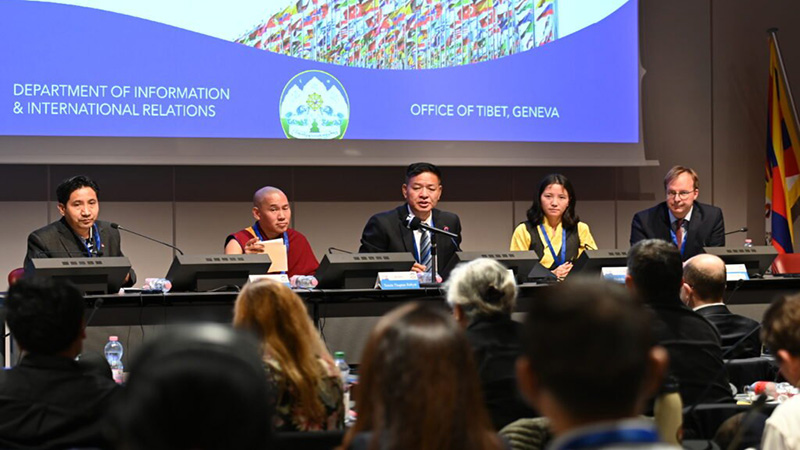 Geneva —The issue of the next Dalai Lama has a lot to do with the case of the Panchen Lama, said Sikyong, adding, the real reason why the Chinese government kidnapped the 11th Panchen Lama.

“The real reason that the Chinese government kidnapped the 11th Panchen Lama is to make sure that they select the next Dalai Lama. This is one of the many issues that has been raised through many years now that the current Dalai Lama is ageing. Every government starting from the United States have passed resolutions that stresses the importance of the recognition of the 15th Dalai Lama. The issue of the next Dalai Lama has a lot of relevance to the case of the Panchen Lama,” said Sikyong Penpa Tsering.

"We have no idea where he is. We don’t even know whether he is alive or not. “Even if he is alive, he has not been provided the kind of education that a Panchen Lama should receive, thereby, completely incapacitating the real Panchen lama from performing the duties to serve sentient beings,” he added.