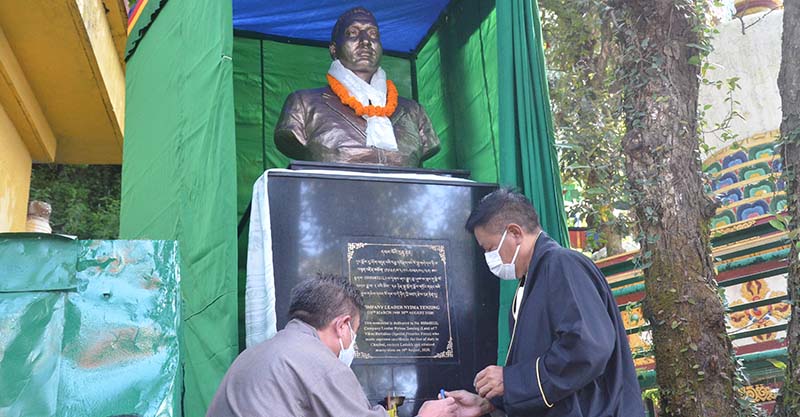 The inauguration of the bust memorial of Tibetan soldier Nyima Tenzin was organized by the Department of Security, CTA at Lhagyal Ri near Tsuglagkhang in Mcleod Ganj, Himachal Pradesh, to commemorate the first anniversary of his death.

Nyima Tenzin died on August 30, 2021, while on border patrol duty at the height of the Sino-Indian border conflict. He sacrificed his life after stepping on a landmine and instinctively pushing away two other soldiers who were on duty with him.

"Nyima Tenzin lost his life in the protection of our host country, India, and the statue of Nyima Tenzin symbolizes the Tibetans who lost their lives protecting India as a nation and its people," President of CTA said after inaugurating the statue of late Nyima Tenzin.