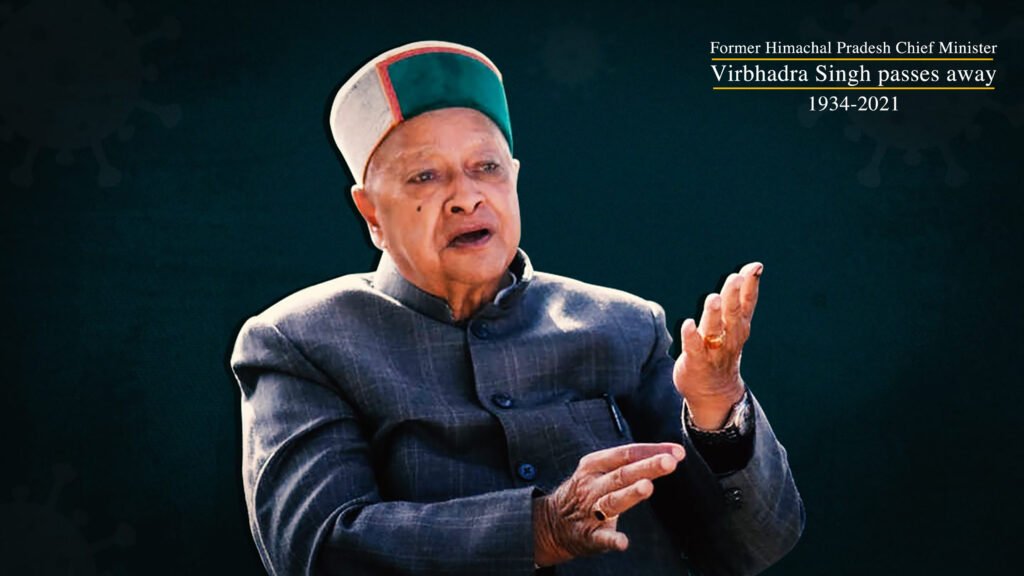 The Congress veteran passed away in the early hours of July 8, 2021, in Shimla, the state capital, after a long illness. He had already been diagnosed with coronavirus twice. He was 87 years old.

On receiving the unfortunate news, His Holiness the Dalai Lama wrote to his widow, Shmt Pratibha Singh, to offer his condolences. “Dedicating himself to the service of others, Virbhadra Singh led a long and meaningful life. I admired the way he listened to people’s needs with deep affection and compassion. I am personally grateful for the warm friendship he showed me over the many years we knew each other,” His Holiness wrote.

“Historically there have long been close ties between the people of the erstwhile princely state of Bushahr, to which ‘Raja Sahib’ belonged, and their neighbors in western Tibet. Here in Himachal Pradesh, Shri Virbhadra Singh, our longest-serving Chief Minister, will be sorely missed,” he continued. His Holiness concluded the letter by offering his prayers.

Penpa Tsering, President of the Central Tibetan Administration(CTA) expressed deep sadness over the demise of the former Chief Minister. In an official condolence letter sent to Shmt Pratibha Singh, Sikyong wrote “It is with great sadness that we learned of the passing of the late Shri Raja Virbhadra Singh. On behalf of the Central Tibetan Administration and the Tibetan people, I sent our deepest condolences to you, your family, and the people of Himachal Pradesh.”

“Through his dynamic leadership and decades of service to the nation and the state of Himachal Pradesh, Shri Virbhadra Singh ji has left an indelible mark in the hearts and lives of many. Likewise, His Holiness the Dalai Lama and the Tibetan people remain grateful of his support and generosity throughout the past decades,” he continued.

“Today, the Tibetan people mourn this colossal loss alongside your family and the people of Himachal Pradesh while honouring the legacy of Shri Virbhadra Singh ji,” he said. He ended the letter by once again offering his deepest condolences.

Dr Lobsang Sangay, former President of the CTA, also expressed his condolences through social media. He wrote in his tweet "Profound condolences to the family members of former Chief Minister and Union Minister Raja Virbhadra Sahib. He was very helpful to Tibetans during his several terms as CM of Himachal Pradesh. Om Mani Padma Hum".