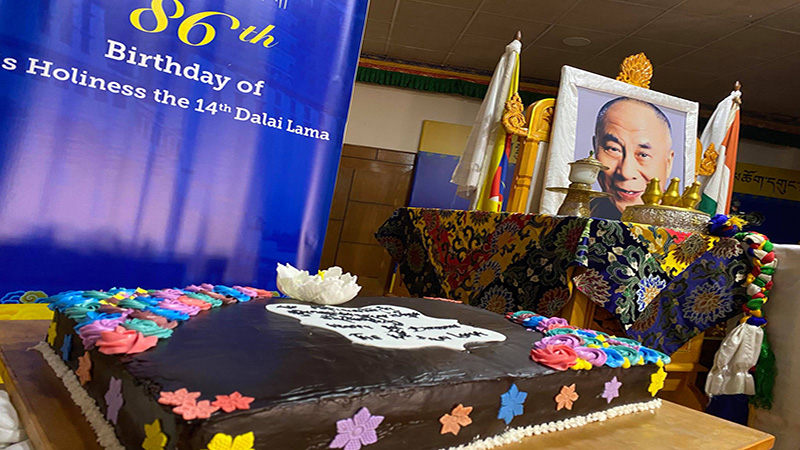 On July 6, 2021, Kashag issued an inspiring statement to the Tibetan people, encouraging them to recall the Dalai Lama's teachings on the occasion of his 86th birthday and to work to strengthen Tibetan communities around the world.

On the occasion of His Holiness the Dalai Lama's 86th birthday, the Kashag issued a statement briefly describing his life from birth to recent times. "His Holiness the Great 14th Dalai Lama, was born at Taktser, a small hamlet in Amdo Province’s Kumbum region on 6 July 1935 to Choekyong Tsering and Dickyi Tsering. Raised under the protection of Palden Lhamo, Lhamo Dhondup was recognized as the undisputed reincarnation of the Great 13th Dalai Lama and brought to Lhasa at the age of five to be enthroned in the Potala Palace," said the Kashag in the opening remarks.

"His Holiness the Dalai Lama is an international advocate of world peace, and a stalwart of morality, and inter-faith harmony. His Holiness is also deeply committed to the Tibet issue particularly the preservation of Tibetan culture and religion and conservation of Tibet’s environment," the statement read, highlighting His Holiness Dalai Lama's unique personality, a leader who stands up to his every commitment.

"As part of his four main commitments in life including the revival of ancient Indian knowledge such as epistemology, philosophy, meditation, and secular ethics, His Holiness has travelled across 60 countries on 300 different occasions and have met over 490 world leaders including presidents, prime ministers, chief ministers, judges, leaders of political parties, and spiritual leaders of different religious traditions. His Holiness has also delivered speeches at over 60 renowned universities and research institutes and has received over 140 awards including 50 honorary degrees in the US alone," the Kashag added. It is interesting to see how His Holiness the Dalai Lama, a well-respected personality in the whole world has managed to not only inspire Tibetan people but also Indians, and people from several other nationalities worldwide.

"May His Holiness live for eons. As per the aspirations of the living and will of the dying, may His Holiness the Dalai Lama be able to visit Tibet as soon as possible. May the Sino-Tibet conflict be resolved as early as possible, which will pave the way for the Tibetans inside and outside Tibet to reunite at the earliest.", said the Kashag while concluding the statement.

His Holiness the Dalai Lama's 86th birthday is a time of hope, positivity, and inspiration for Tibetans, foreign and Indian supporters, and all those who appreciate and abide by his teachings. This year's pandemic may have limited the grand birthday celebrations, but the emotions remain in the hearts of people around the globe. They celebrated the occasion in the safety and comfort of their own space.