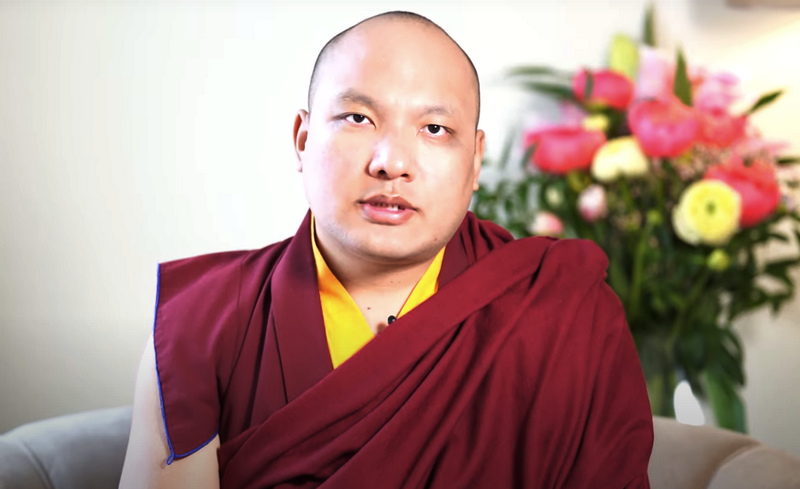 Dharamshala — The 17th Gyalwang Karmapa, Ogyen Trinley Dorje, today spoke about the ongoing COVID-19 crisis through his social-media platform-Facebook page to millions of Buddhist followers around the world. The Karmapa's video message about embracing an attitude of compassion and gratitude as we overcome the coronavirus pandemic.

"This time when, as you all know, the coronavirus pandemic has spread throughout the world, creating an inconceivable crisis, I have been staying in retreat, keeping some distance from society. But I am unable to bear the feeling and would like to say a few words today," His Eminence Karmapa Karmapa Ogyen Trinley Dorje said in a video message.

"From the time this epidemic began to spread, it has severely impacted the daily lives and health of everyone on the entire earth. We worry anxiously about what will happen in the future," the 17th Gyalwa Karmapa further said.

"The Bhagavan Buddha said that everything composite is impermanent. No matter what situation we face in our lives, it always changes, not staying still for even an instant. We are able to deal with a great deal of change, but merely knowing that is no substitute," the Karma said.

"When sometimes there are changes in a direction that we want or when positive changes exceed our expectations, we have the hope that there will even more or greater changes," he said, adding: "But when it is the opposite and there are incomprehensible changes for the bad, we get afraid and do not know what we should do".

"So when we are confronted by such great impermanence as now, we must do what we can not to panic and instead look inside ourselves. For example, many things we ordinarily take for granted are actually incredibly precious," the Karma continued.

The Buddhist monk said that "we should relax and think about our normal good health and what a great happiness it is to have people who are dear to us. Then we can use this crisis to improve ourselves and learn something new. I think that trying to do this will be very beneficial."

Karmapa says "this present pandemic does not discriminate between male and female, between races and nationalities, between those with wealth and power and those without. Even developed countries such as America, Spain, Italy, and the UK face great difficulties."

He expressed his fears, saying "many developing and poor countries will face even greater hardships. Even if a country has only one coronavirus patient, the danger to the entire world is such that it is crucially important all of us on the earth must work together to face and overcome this crisis."

"Every day, the number of the sick increases. When we see the number of deaths increasing past the hundreds and thousands, we can be left numb. In actuality, each one of them is a living, breathing person," the Karmapa said.

"In particular, doctors and medical professionals are caring for the sick and making great sacrifices to fight this battle. It is very important that we all express our appreciation, support, and praise for them," he stressed.

"Thus to show how we Buddhists support everyone during this current epidemic, starting from next Saturday, we have an hour-long prayer session on the internet every day for a week. We can all pray together for world peace and for the epidemic to be quelled," he added, saying "the time will be announced later. So I would like to ask everyone to pray together for everyone in the world to be happy and for this pandemic to quickly pass."

His Eminence the 17th Gyalwa Karmapa in solidarity with efforts to help those affected by the crisis has donated 28 lakhs in total, towards the PM Relief Fund, the state governments of Himachal Pradesh, Sikkim, and Bihar.