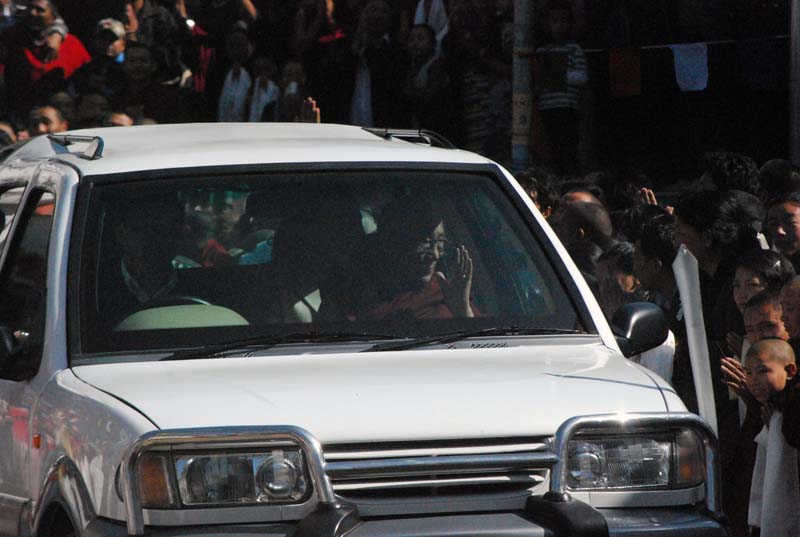 Dharamshala, Tibet's political and spiritual leader, His Holiness the 14th Dalai Lama, returned to Dharamshala, on 27 February after his visit to the United States, where His Holiness met US President Barack Obama.

Thousands of Tibetans including officials, students, monks and nuns and other well-wishers accorded warm welcome to the 74 years old Nobel laureate, His Holiness upon his return to Dharamshala Saturday morning after concluding a ten-day visit to the US. As His Holiness arrived in Dharamshala, people appareled in traditional dress lined on both sides of road decorated with colorful buntings and gates to welcome their spiritual leader. The Tibetans were holding in their hands traditional scarves, bouquets and incense sticks for traditional auspicious manner.

White House said President Obama "commended the Dalai Lama's ... commitment to non-violence and his pursuit of dialogue with the Chinese government." 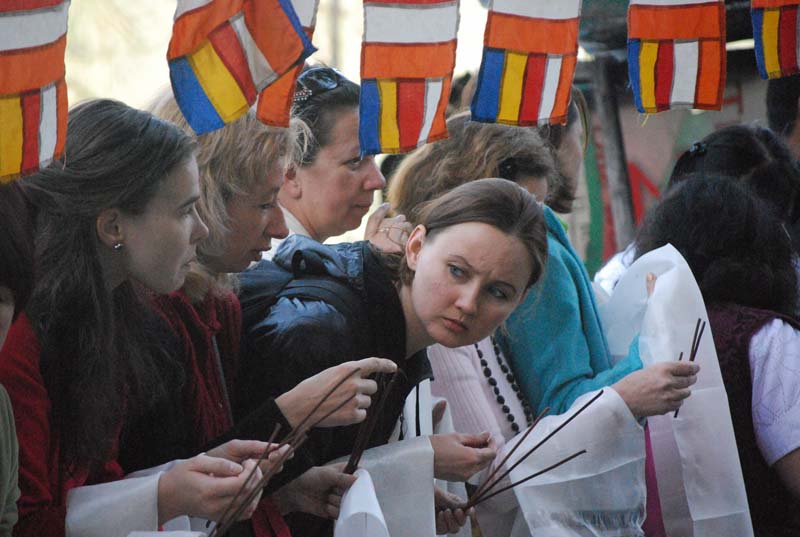 President Obama encouraged China and the Dalai Lama's envoys to keep up efforts to resolve their differences through negotiations, despite recent talks having yielded little progress.

The White House also said President Obama and the Dalai Lama also "agreed on the importance of a positive and cooperative relationship between the United States and China."

His Holiness the Dalai Lama has met with every U.S. president since George H.W. Bush. The Nobel Peace Prize winner, Tibetan leader seeks for a meaningful autonomy for six million Tibetans from China.