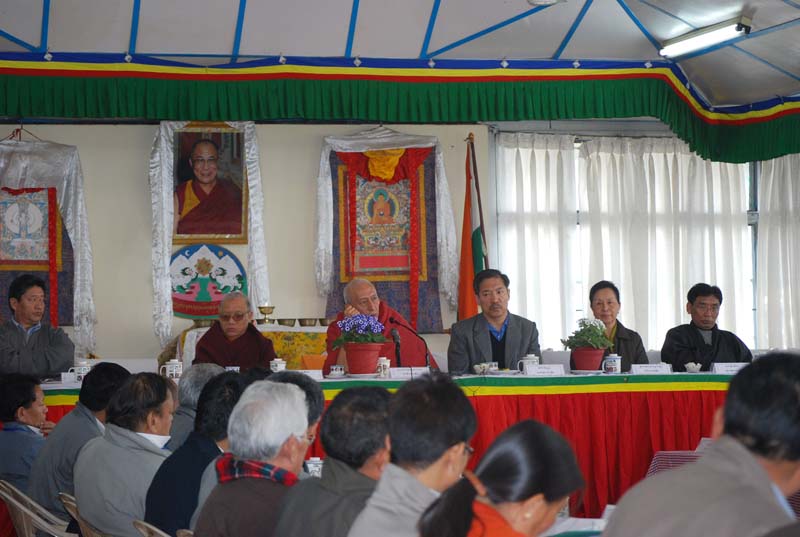 Dharamshala: The 6th Biennial Conference of Tibetan Settlement Officers' on Administration began today in Gankyi staff Mess Hall, Dharamsala. It was organised by the Department Home of the Central Tibetan Administration. The Tibetan Prime Minister Samdhong Rinpoche and other ministers of departments of government are attending, along with the heads and coordinators of Tibetan settlements all across India, Nepal and Bhutan.

At the conference, Prof. Samdhong Rinpoche began the conference by giving a speech on behalf of his cabinet: "We Tibetan refugees, unlike other political refugees in other countries, have been able to effectively preserve our culture, politics and livelihood. We can attribute this to the integrity of Tibetan settlements."

The two day long meeting is being held to review the fifty year history of the exiles, and to lay down a clear agenda for future work based on these past experiences.

The Prime Minister concluded his speech by talking about the Tibetan refugee status in India, "as India has not signed any international agreements for refugee rights, the Tibetan status is not protected by international law. There is nothing specified in the Indian constitution that relates to our status as refugees. However, since the first refugees arrived here, we have been provided with refugee and foreign status."