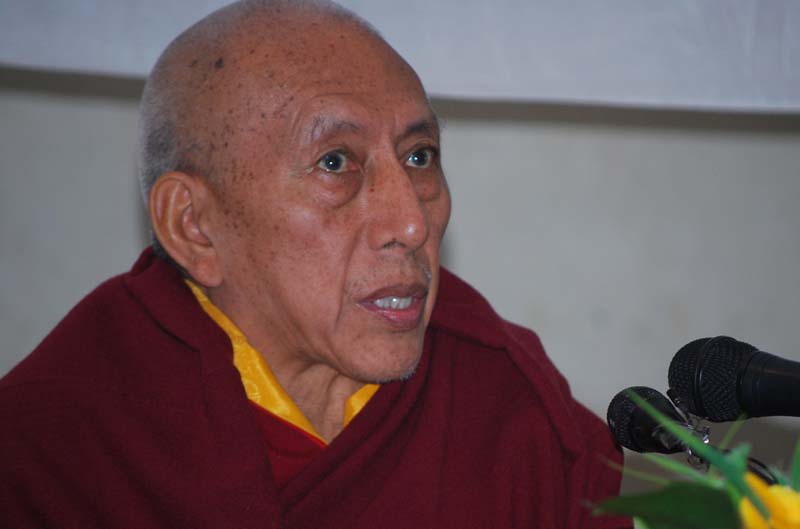 Tibetan Prime Minister Pro Samdhong Rinpoche gave a talk on the approaches of preserving Tibetan language, while Karma Monlam, Joint Secretary of the Joint Education Department, spoke of the translation of new vocabulary into Tibetan, and Master Sonam Gyaltsen of the Sarah College for Higher Tibetan Studies described the structure of Tibetan grammar. Over 100 people attended the discussion and were invited to raise questions regarding these topics.

Pro Samdhong Rinpoche stressed the importance of a single written language, without diminishing the variety of dialects among different regions of Tibet, "it is alright to speak with your own dialect, but it is very important to have a common written script to keep the language integrated." He commented on the strong connection between Tibetan language and Buddhism, arguing that, "Theravada and Mahayana Buddhism are only able to be fully studied in the Tibetan language. This is also true of Tibetan Medical and astrological teaching, which have a great potential to serve humanity."