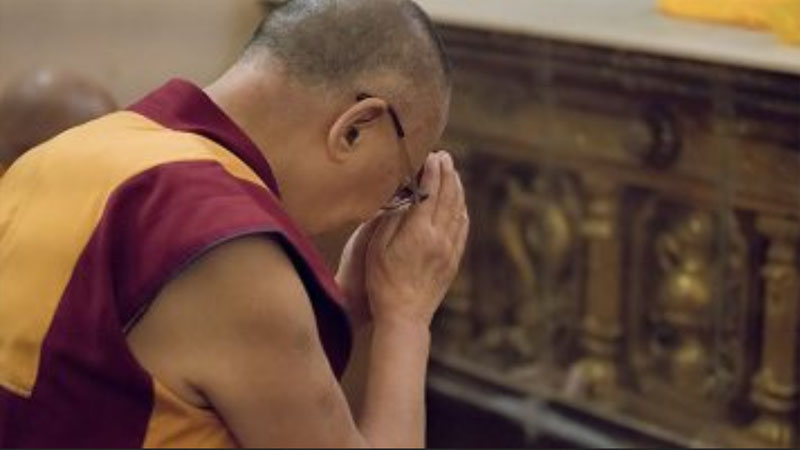 Dharamshala — The spiritual leader of Tibet, His Holiness the Dalai Lama expressed deep sadness over the loss of life and the devastation of property caused by the Tropical Cyclonic storm Fani.

His Holiness the Dalai Lama wrote Sunday morning to the Chief Minister of Odisha, Naveen Patnaik, to convey his appreciation of the efficient precautions he and his government have taken to evacuate people to safety to avoid the ravages of Cyclone Fani, with the result that casualties have been relatively low.

“At the same time,” he continued, “I would like to express my sadness about the lives that were lost, the devastation of property, and the hardship this storm has caused to so many people. I offer my condolences to those families who have lost loved ones and my prayers for the welfare of everyone affected by this huge cyclone.”

His Holiness expressed his appreciation that relief efforts are underway and that everything possible is being done to help those affected. As a mark of solidarity with the people of Odisha, he has made a donation from the Dalai Lama Trust to the efforts to provide relief and rebuild.

The huge cyclone reportedly barreled into eastern India, tearing down homes, trees and power lines and causing massive damage in the town of Puri. The storm, which reports said was be the biggest to hit eastern India in nearly two decades, was brewing in the Bay of Bengal some 450 kilometers offshore and moving westwards.