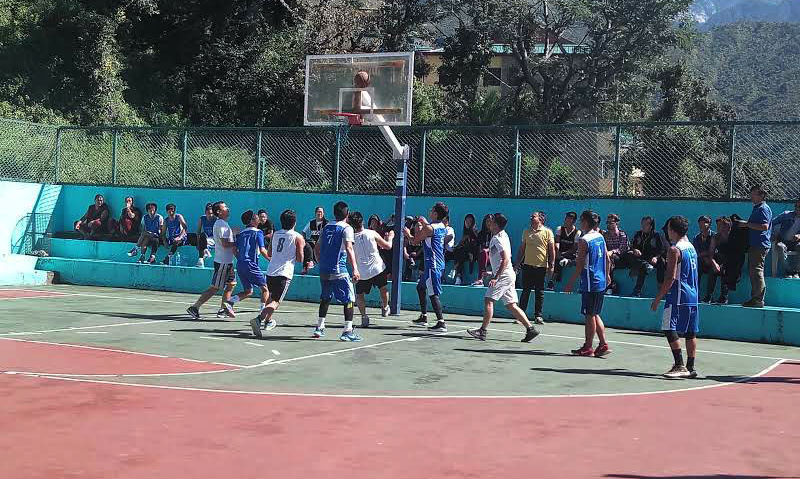 Dharamshala, India — After a series of delays due to rain, the 17th Martyrs Basketball tournament was finally held at the Gangkyi basketball court, on September 25, at 9:30 AM.

The Chief Guest for the event was MrTamdin Hrichoe, the Vice President of the Tibetan Youth Congress. The ceremony started with the singing of the national anthems of both Tibet and India. Then one minute of silence was observed to pray for the Martyrs who sacrificed their lives in Tibet in the struggle to free their country.

The Chief Guest for the day addressed the participants and the audience and elaborated on the significance of the event.

He also stated that the situation of the struggle in Tibet right now is very critical and that all Tibetans, especially the youth and the students should be aware of it. He asked the participants to remember that the tournament is taking place in good spirit which should be maintained and that the intention of it is to unite the population of Tibet that lives outside of Tibet.

There were 10 boys’ teams and 6 girls’ teams that were participating in the tournament, they came from various schools, colleges and institutions.

Later in an interview with the organiser of the event, it was brought to notice that this tournament has been going on since decades.

He also emphasized on the role played by the event in creating awareness and starting a conversation between the people about the Martyrs and the struggle.

Upon asking what does he expect from the event, he said that he only wishes the event to happen peacefully and successfully, he had no expectations of outcome as such but only wanted it to fulfil its purpose.