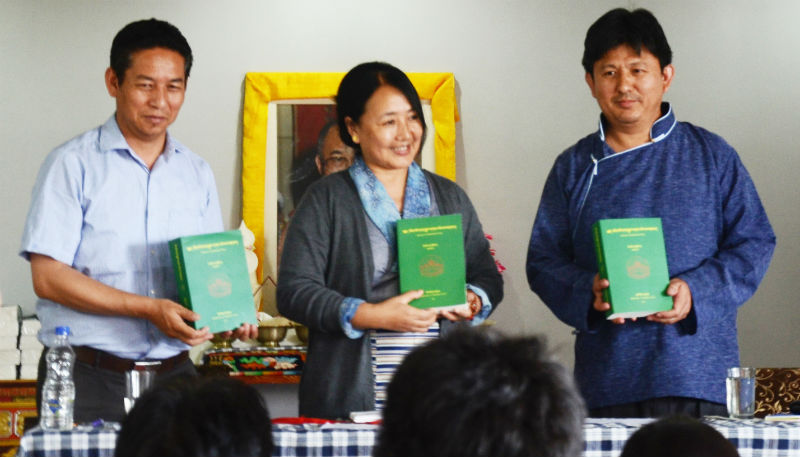 The chief guest at the event was Kalon Dr Pema Yangchen, accompanied by DoE Secretary Karma Singey at a press conference, held in Dharamshala, India, on May 1, 2018.

Addressing the press conference in the Himalayan town, Dr Yangchen said "Tibetan communities in exile need to pay attention the work of Terminology Desk and should use it maximum in their daily lives".

"There are over 7000 living languages in world, 50% of which do not have writing system," Dr Yangchen adding: "The vast troves of Tibetan culture and religion are premised on the survival of Tibetan language and to ensure our identify to flourish, it is pre-imminent to preserve, promote and enrich our language."

The newly appointed Tibetan minister also expressed her gratitude to the terminology desk and supporters from DANIDA, Denmark.

While detailing the background on the inception of the project, Chief Editor and Head of the Terminology Desk, Urgyen Tenzin gave series of works achieved under the leadership of the 13th and successive Kashags.

“The works of Terminology Desk are equally derived from the terminology prevalent in Tibet and those in exile. Aside from certain language preferences, our latest compilation of terminology glossary stands accurate and consistent with the terminology inside Tibet,” he added.

The new website Tibet Terminology funded by DANIDA, Denmark, is developed by Tenzin Samdup, a entrepreneur specialised in Computer software and Digital Security. The event concluded with a question and answer session.