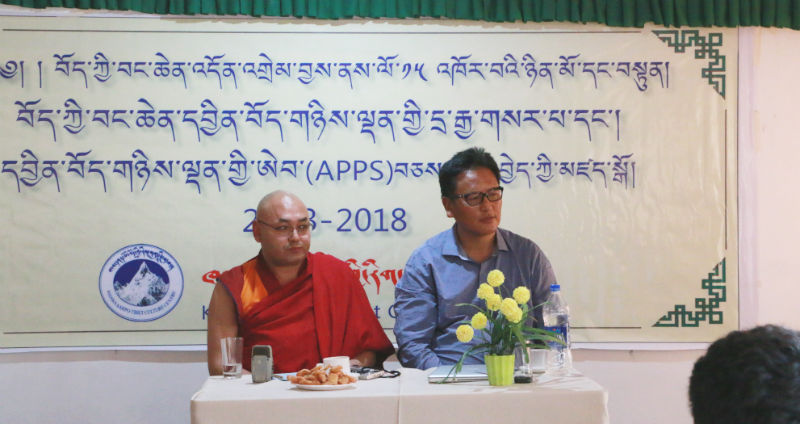 KTC relaunched redesigned its website with a new app at a press conference in Dharamshala, northern Indian state of Himachal Pradesh, on April 19, 2018.

On its 15th anniversary the newspaper relaunched its website and presents www.bangchen.net in a new and modern layout. Khenpo Sonam Tenphel, Speaker of the Tibetan Parliament in-Exile attended the event as the chief guest along with others. Praised over achievements of the organisation, he talked about the importance of preserving the unique Tibetan language and culture to safeguard Tibetan identity.

Bod-Kyi Bangchen, the only weekly Tibetan independent in exile also launched a new version of its mobile app on the same day, featuring real-time reporting through its focus on uncensored Tibet news.

Addressing a news conference to mark the anniversary, Serta Tsultrim, the Executive Director of the organization highlighted the achievements made, challenges faced and public support gained in the past 15 years.

The KTC, a non-profit organisation has also released its Android App on the Google Playstore on Thursday. The app is an information portal, also new website as the its mobile site, which is loaded with it's news, features and opinions.

For now, the app "Bangchen" is available for Android so you'll need to open Play Store on your device. It will be added to the App Store soon. The centre released its first news website more than 10 years ago, which saw several upgrades in the past few years. The new app is available in both English and Tibetan.