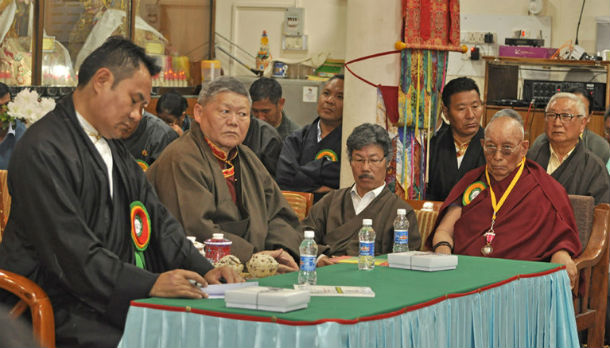 Dearamshala Mentsee Khang, the premier institute for traditional Tibetan medicine and astrology celebrated its 102nd Founding Anniversary. The event held at its headquarters in Dharamshala, India, also marking 57 years of re-establishing Men-Tsee-Khang formally also known as Tibetan Medical and Astro Institute by His Holiness the 14th Dalai Lama in India.

Addressing the ceremony, chief guest Kalon Choekyong Wangchuk said, “It is a matter of great pride and honour as we celebrate hundred years of grand achievements of this institution in the field of medical expertise, research and practice. In the last 50 years, Mentsee Khang’s Sowa Rigpa has amassed immense recognition worldwide for its unique knowledge of traditional healing and perspective to health and wellness”.

He commended the serving and former members of Mentsee Khang for having served and benefitted not only Tibetan community but Indian public and international communities across the world.

“I also applaud timely action and initiatives taken up by your institution in adhering to the concerns raised by His Holiness with regard to the lack of precautionary awareness in Tibetan settlements. The series of initiatives such as focussed research, raising awareness through books and improving services at Mentsee Khang clinics in various Tibetan settlements,” he said.

Kalon added that the institute should seek opportunities to exchange and collaborate with modern medicine.

He further celebrated the fact that the top merit holders in the Medical and Astro Science were all women. “It is extremely encouraging to see an all-women in the merit holders, who have outperformed the men. Evidently, Tibetan women are and have been achieving great heights. I congratulate all of you”.

In his remarks, Kalon also congratulated Dr Yeshi Dhonden, prominent Tibetan medical practitioner and former personal physician to His Holiness Dalai Lama, who was conferred the Padma Shri Award by the Indian government.

“It is recognition of Dr Yeshi Dhonden’s distinguished service to tens of thousands of patients, from all across the word and particularly in India. Through this honour, the Government of India has also recognised the unique contribution of Tibet’s rich cultural heritage of traditional medicine.