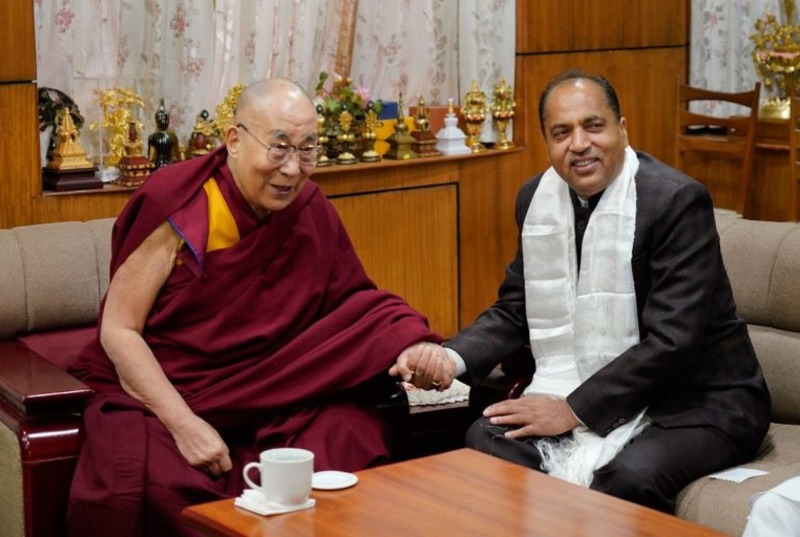 The Office of the Chief Minister said that CM Thakur had met the Tibetan spiritual leader to seek his blessings. At the meeting, His Holiness discussed how the ancient Indian tradition can contribute towards promoting emotional wellbeing in the world and that the country must take lead in promoting these ideas through education system.

His Holiness presented him an emblem of the Dharma Chakra, one of the eight auspicious symbols of Buddhism.

Earlier this month, the Chief Minister met with CTA President Dr Lobsang Sangay at the Circuit hall, Dharamshala and expressed his wish to call on His Holiness.