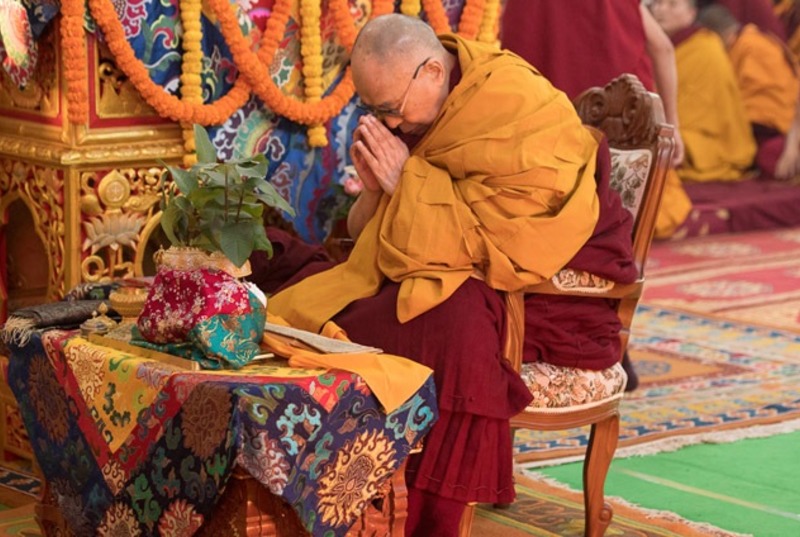 His Holiness the Dalai Lama during a spiritual teaching in Bodhgaya, India. Photo: OHHDL

Dharamshala — Tibetan spiritual leader His Holiness the Dalai Lama has cancelled his trip to Sikkim, Northeast India, after apparently receiving doctor's advice to rest and not engage in travel. His Holiness was supposed to visit the northeastern state from March 20 to March 29.

An official letter from the office of the Dalai Lama stated that the Tibetan leader has recently returned to Dharamshala from a one-and-half month trip to south India and Bodhgaya. Stopping in Delhi for a health checkup after apparently suffering from exhaustion, the letter states that while the spiritual leader's general health is excellent, doctors have advised him to rest.

“Physicians has recommended that His Holiness cut down on his travels and not to exert himself. Unfortunately, we have therefore decided to cancel the visit to Sikkim,” Secretary Tenzin Taklha wrote to the Secretary of the Ecclesiastical Dept. of the government of Sikkim, Samten Dolma on Thursday.

Similarly, the Tibetan leader cancelled his visit to both Botswana and Japan due to exhaustion in August and October 2017. At the beginning of 2018, the office of the Dalai Lama also cancelled upcoming international travel to the United States, citing His Holiness's old age and difficulty in long distance traveling.