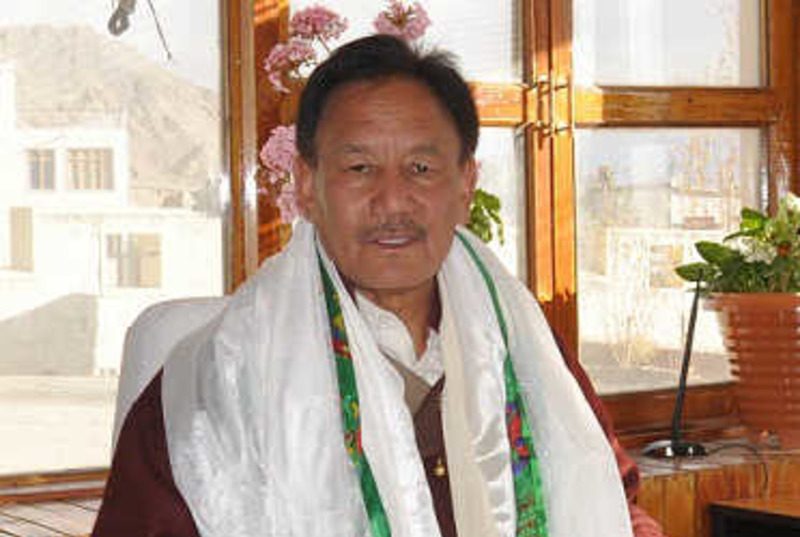 Dharamshala — The Tibetan government in exile joined in with the Tibetan and Ladakhi communities mourning the death of Dr Sonam Dawa Lonpo, Chief Executive Councillor of Ladakh Autonomous Hill Development Council, after he passed away suddenly from cardiac arrest at his home on January 30, 2018.

“We are extremely saddened by the news of sudden demise of Dr Sonam Dawa Lonpo. I hereby convey my deepest condolence to your family on behalf of the Central Tibetan Administration and the Tibetan people at large,” President Dr Lobsang Sangay said, in a condolence letter addressed to his wife P Angmo Lonpo.

“Ladakh has lost a beloved leader who has tirelessly worked for the welfare of its people and the development of its region.”

“The late Dr Sonam Dawa Lonpo la was also a dear and true friend of Tibet. With his close affinity to the Tibetan people and unflinching respect to His Holiness the Dalai Lama, he has looked after the welfare of the Tibetans in Ladakh region wholeheartedly and to the best of his ability. We will forever remain indebted to him and his kindness,” CTA President said.

President Dr Lobsang Sangay also instructed the Central Tibetan Administration’s Department of Home to organise prayers for the departed soul at the main temple in accordance with Buddhist tradition.

Dr Dawa was unanimously elected as new CEC of the LAHDC, Leh on 3 November 2015. He was the BJP Councillor from Thiksay and President of the Leh district unit of the party.

He is survived by his wife, daughter and son in law.