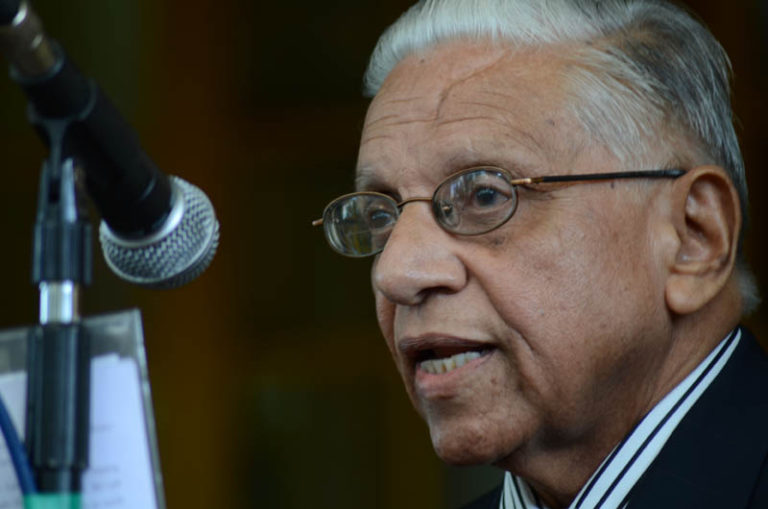 Dharamshala — President of the Central Tibetan Administration, Sikyong Dr Lobsang Sangay, extended his condolence following the death of Dr Nand Kishore Trikha, a long time friend and supporter of the Tibetan cause, who died yesterday at AIIMS hospital in Delhi.

Extending his deepest sympathies to Dr N K Trikha’s family, Dr Sangay expressed his sadness over losing such a dear friend of Tibet, but ensured that his long years of untiring work towards the cause of Tibet would not go in vain.

????r Trikha committed his life to promoting the cause of Tibet that is based on the principles of non-violence and justice. We will make sure that we will carry the torch of the Tibetan freedom struggle forward,” said Dr Sangay. Expressing deepest gratitude and acknowledging his many contributions, Dr Sangay attributed Dr Trikha’s significant role in creating awareness about Tibet amongst the Indian masses.

Dr Nand Kishore Trikha was the National Convener for Core Group for Tibetan Cause since its inception from 2002 till 2015. Regardless of his poor health Dr Trikha traveled to Dharamsala in just October and participated in the Five-Fifty Forum.

A veteran journalist and an author, Dr Trikha was the Resident Editor of Navbharat Times and former President and Secretary General of National Union of Journalists and former member of Press Council of India.