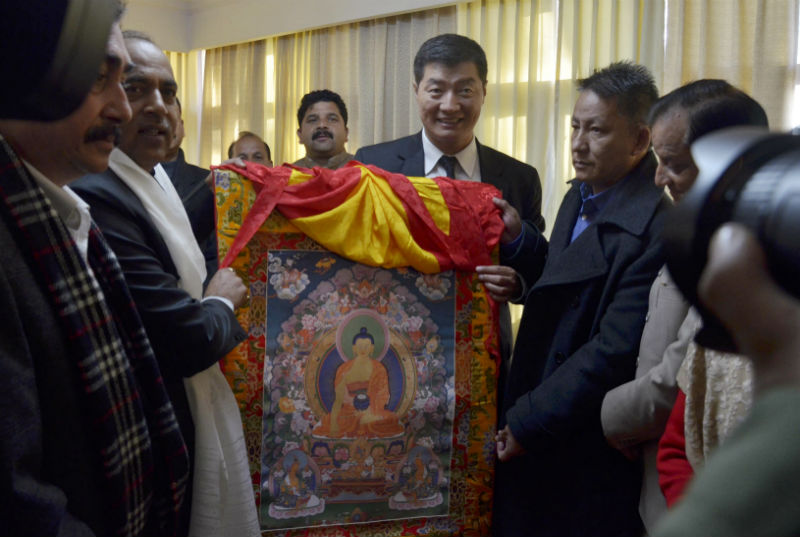 President Dr Lobsang Sangay accompanied by the Finance Kalon Karma Yeshi offered Tibetan ceremonial scarves to the ministers and a thanka, traditional Buddhist applique to the chief minister. The meeting lasted about 15 minutes and was their first face-to-face since Jairam Thakur became the Chief-Minister.

Speaking to reporters following the meeting, President Dr Lobsang Sangay said: "We have just come to meet with and make a courtesy call with the new chief minister of Himachal Pradesh Shri Jairam Thakur ji."

"He has a very inspiring background. And it was an honour to meet him. During the meeting, we conveyed our best wishes to him and wished Himachal Pradesh as a state and the new government the very best and peace and prosperity for all."

"As I always say, the government and the people of India has done the most for Tibet and the Tibetan people especially Himachal Pradesh because this is where His Holiness the Dalai Lama has been residing for the last 50 years and this is where the Central Tibetan Administration is based," the President said, adding: "It is the love and kindness of the people of Himchal Pradesh for which we remain eternally grateful."