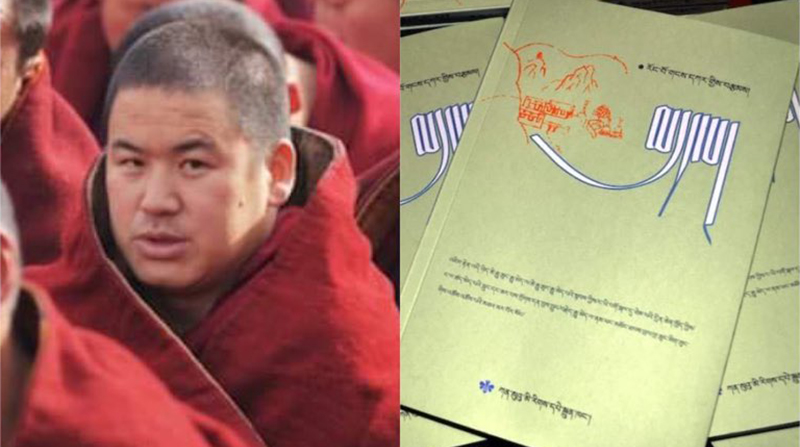 Dharamshala – Chinese authorities in Tibet arrested a Tibetan poet in 2021 for speaking about Tibet's exiled spiritual leader, His Holiness the Dalai Lama, while many Tibetan writers and intellectuals were arrested in the same year for their writings and protection of the Tibetan language. The Chinese government aims to eliminate the unique identity of Tibetans.

TPI has obtained information that Tibetan writer and poet Rongwo Gangkar was detained in 2021 by the Chinese authorities, but has not been able to find out more details, including the reason for detention, and his whereabouts, etc., due to China's strict control over on the flow of information outside Tibet.

According to a recent report, writer Rongwo Gangkar was arrested for discussing the birthday of the exiled Tibetan spiritual leader, His Holiness the Dalai Lama, and other important occasions that Tibetans should celebrate, during a debate with Tibetan intellectuals.

"I heard that the Tibetan poet Rongwo Gangkar is being held by the Chinese authorities, as well as some Tibetan writers, but I could not get any details about him, including the reasons for his detention and his whereabouts," a Tibetan living in France told TPI in 2021.

"There is a Migthag teahouse in Rebgong County, where intellectuals and writers gather to discuss and publish books. Writer Gangkar and other writers and intellectuals also discuss in this teahouse, for these reasons, the Chinese authorities used to closely monitor the teahouse and restrict their work," the source said.

According to the source, poet Gangkar was arrested at the gate of Rongwo Monastery by Chinese police on his way back from Rebgong County in Amdo Province, northeast Tibet, but the date of his arrest is unknown.

In 2012, he published his collection of writings in a book entitled "knot". His poems include: "God and Lama", " Previous Life", " Self-introduction", "Vision", "Between the Stranger and the Familiar", "The Mountain in the Mind", "Let these Letters Fly", “Sickness" etc.

The 48-year-old poet Rongwo Gankar is from Rebgong County in Amdo Province, northeast Tibet. He became a monk at a young age and studied Buddhism at Rongwo Monastery. He enjoys writing poems and articles and his many writings have been published in famous magazines and websites in Tibet. He is fluent in Tibetan and Chinese languages, so he has translated many famous books from Chinese into Tibetan. He has also published a book on the scholar Gendun Choephel with Tibetan writer Rongwo Gendun Lhundup and other writers.