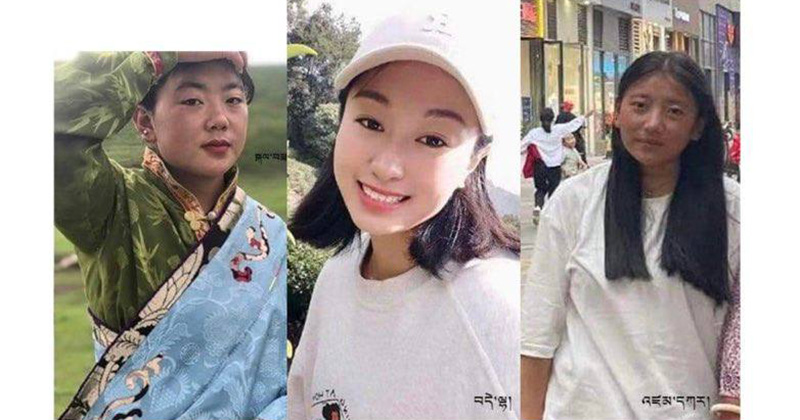 Dharamshala, India – Chinese authorities arrested four young Tibetan women from Dhartsedho County in eastern Tibet for allegedly taking part in a protest against the Chinese government's "zero-covid policy" restrictions in the city of Chengdu in recent days, as part of a massive demonstration in 16 different cities across China.

According to a reliable source, four young Tibetan women, Zamkar, Dechen, Kalsang Dolma and Delha, from Dhartsedho County, have been arrested by Chinese security police on accusations of participating in a large number of protests against the lockdown and restrictions imposed by the Chinese government as part of its "zero-covid policy" in Chengdu, as well as in other cities in the region.

"Chinese police have arrested four Tibetan women, Zamkar, Dechen, Kalsang Dolma and Delha, on December 5, 2022, for allegedly participating in a peaceful demonstration against the "zero covid" policy in Sichuan’s capital Chengdu," a source told TPI, while citing the information from Tibet.

According to the source, the four young Tibetan women studied up to high school in Dhartsedho County, then went to work in Chengdu and worked in a hotel in the Jinniu district of Chengdu city, before being arrested by the Chinese authorities.

According to reports, Chinese authorities have arrested peaceful protesters in universities and cities for their participation in peaceful demonstrations in the 16 cities in different provinces, including a young Tibetan woman named Tsewang Lhamo,from Lhasa, the Capital of Tibet, who was studying at Nanjing Communication University in China.

University students and the public in China protested against the restrictions of "zero-covid policy" imposed by the Chinese President Xi Jinping, with some protests calling for "the Communist Party and Xi Jinping to step down". The protests took place on 25, 26, 27 and 28 of November 2022 in about 16 different cities, including Beijing, Shanghai, Zhengzhou, Tianjin, Gansu, Chongqing, Chengdu, East Turkestan (Ch:Xinjiang), Anhui and Qinghai, etc. Many of the peaceful protesters were arrested, beaten and treated harshly. In some places, the Chinese authorities even openly shoot at protesters and police vehicles run over protesters.