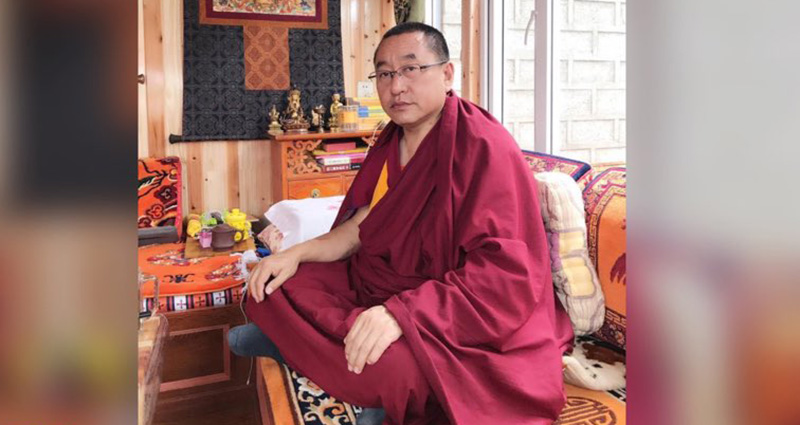 Dharamshala, India — Chinese authorities sentenced a Tibetan monk from Kriti Monastery in Ngaba County, eastern Tibet, to two years in prison for allegedly sending money abroad to seek the protection and prayers for his family from His Holiness the Dalai Lama and Kriti Rinpoche.

According to a reliable source, the Chinese authorities arrested Geshe Sonam Gyatso on April 3, 2021, in Chengdu, Sichuan Province, where he was on holiday. After more than a year in detention, he was sentenced to two years in prison for allegedly sending money abroad.

“Geshe Sonam Gyaltso, from Kriti Monastery, Ngaba County, Eastern Tibet (Chinese: Aba, Sichuan), was arrested by Chinese authorities on April 3, 2021 in Chengdu, Sichuan Province, while on holiday. He then placed in a detention centre near Bakhang and interrogated, held for over a year. Recently, he was sentenced to two years in prison,” a source told TPI, on condition of anonymity.

“The Chinese authorities raided his mobile phone and found that he had sent money abroad (India) to seek protection and prayers from His Holiness the Dalai Lama and Kriti Rinpoche for his family members, a Chinese court later sentenced him to two years in prison and he is serving his sentence in Mianyang prison, near Chengdu, ” the source added.

According to the source, Geshe Sonam Gyaltso became a monk at a young age and studied Buddhism at Kriti Monastery, obtaining the Geshe degree (a high academic degree in Buddhist philosophy). Afterwards, he worked in the monastic department and became a mentor (one who enforces discipline in a monastery) at the monastery. During his work for the monastery he encountered many problems with the local Chinese authorities.

“Geshe Sonam's older sister, Tsering Lhamo, was also detained by the Chinese authorities a year ago for an unknown reason. She worked at a bank in Ngaba County. Other details are unknown, including where she was detained, whether she is sentenced or not, her health status, etc,” the source said.