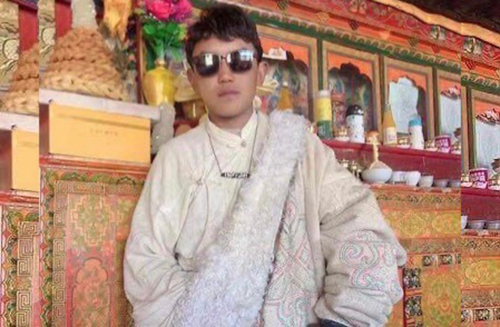 Dharamshala— Chinese authorities in Lhasa arrested a Tibetan man from Nagchu, central Tibet, for allegedly possessing photos of His Holiness the Dalai Lama, the exiled spiritual leader of Tibet, on his neck and in his car, after authorities searched his car in Lhasa on August 12, 2022.

According to a reliable source, Chinese authorities arrested a young Tibetan man named Karma Samdup in Lhasa, the capital of Tibet, on August 12, 2022, after authorities searched his car and discovered that Samdup kept a photo of His Holiness the 14th Dalai Lam, the spiritual leader of Tibet, in his car and also a photo on his neck.

“Karma Samdup, a young Tibetan from Ngachu town in central Tibet, arrested by Chinese authorities in Lhasa on August 12, 2022, for keeping photos of His Holiness the Dalai Lama," a source living exile said.

“Chinese authorities in Lhasa are searching cars and raiding homes of Tibetans more frequently after the recent covid-19 outbreak in Lhasa. During this period, Chinese authorities also searched Samdup's car and found photos of exiled Tibetan spiritual leaders in his car and on his neck, and he was arrested on the spot,” the source said.

Karma Samdup hails from Sernye district of Nagchu Town, Central Tibet. Other information, such as his whereabouts and state of health, remains unknown due to strict controls on the flow of information between Tibet and abroad.

This time last year, Chinese authorities arrested more than 100 Tibetans from Dza Wonpo for keeping photos of His Holiness the Dalai Lama in their homes and monastery rooms.