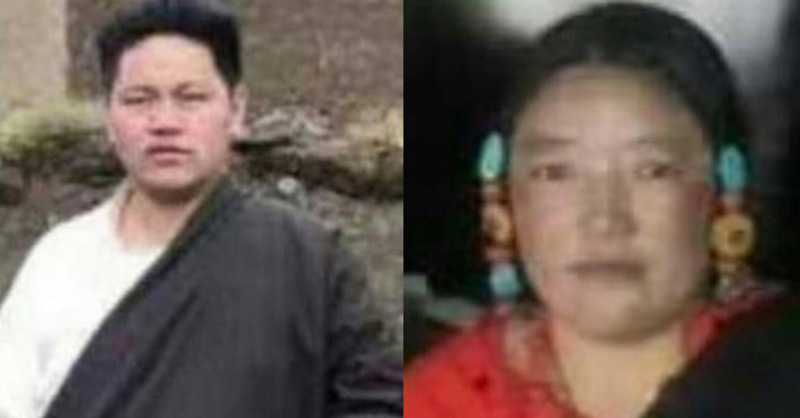 Dharamshala, India — Tenzin Tharpa, Lhamo's cousin, was sentenced to two and a half years in prison in 2020, but his conviction was only recently revealed, due to the crackdown on Tibetans and the tight control of information flows abroad.

According to a reliable source, Tenzin Tharpa, a Tibetan writer and businessman from Chagtse Township, Driru County, Kham Region of Tibet, was sentenced to two and a half years in prison in 2020, but the reasons for the sentence and his whereabouts remain unknown.

"The Chinese authorities sentenced Tenzin Tharpa to two years and six months in prison in 2020. He is expected to be released in December 2022. But the reason for his conviction and where he is imprisoned remain unknown," Jampa told TPI, citing information from Tibet.

Tenzin Tharpa was arrested in June 2020 for helping his cousin Lhamo send money to relatives in India. Lhamo was also arrested later in June 2020. She was severely beaten and tortured in detention and was hospitalised before dying in hospital as a result of torture and ill-treatment by Chinese authorities in detention.

According to TPI's previous report, Tenzin Tharpa was arrested in June 2020. His family and relatives hired lawyers to find him and later found him in a prison of Nagchu prefecture, in so-called “Tibet Autonomous Region” of Tibet. The reason for his arrest was sending money to relatives in India. He was not given a proper trial and his prison sentence was not specified.

Tharpa is a former monk at Larung Gar monastery, one of the largest centres for Buddhist studies in the world. He was expelled from the centre with other monks in 2012 by the Chinese authorities. The Chinese authorities have banned monks from the so-called Tibet Autonomous Region and other parts of Tibet from studying at the famous institute.

Tharpa has published two books entitled "Nonviolence" and "Visionary" (Gyangzin) respectively. He also opened a school for Tibetan children in Chagtse, but it was closed down by Chinese authorities calling it ‘unlawful’. Since then, Tharpa was under Chinese surveillance. In 2014, he started a business in land, housing, and caterpillar fungus.