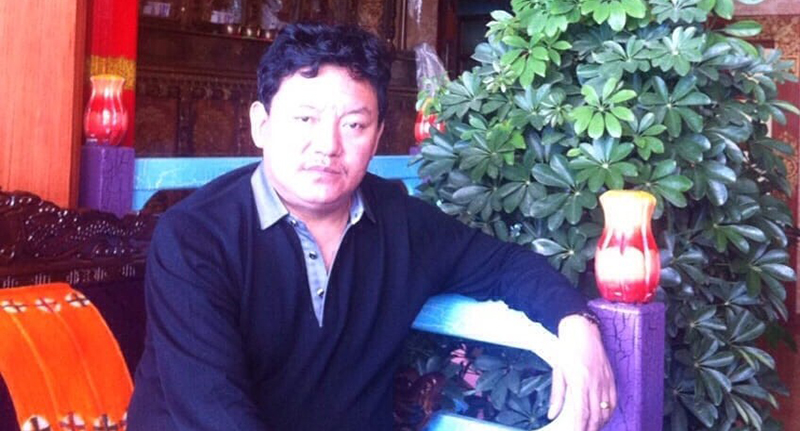 Dharamshala – Tibetan businessman and philanthropist Tenzin Choephel was arrested in March 2018, after more than a year in detention, he was sentenced to 18 years' imprisonment and five years' deprivation of political rights, for allegedly "inciting separatism", "illegally sending intelligence abroad" and "financing activities endangering state security" by the Chinese authorities on May 24 2019.

According to the report, Chinese authorities in Lhasa, sentenced a Tibetan entrepreneur and philanthropist, Tenzin Choephel, to 18 years' imprisonment and five years' deprivation of political rights, for allegedly "inciting separatism", "illegally sending intelligence abroad" and "financing activities endangering state security" by Chinese authorities on May 24, 2019.

Chinese authorities arrested Choephel at Lhasa's Gongkar Airport on March 20, 2018. He was returning to Lhasa after a business trip to the city of Chengdu, Sichuan, China.

“Following the sentencing, Choephel’s family filed an appeal that was rejected by the TAR Higher People’s Court in October 2019. The rejection of his appeal was a foregone conclusion due to the discriminatory criminal justice system, which is subservient to political and ideological considerations of the Chinese party-state. In practice, the right to appeal is just a paper exercise,” TCHRD said.

Choephel is imprisoned in one of the largest prisons in Lhasa, the Chushur (Ch: Qushui), known for imprisoning people who have committed serious crimes and those who have fought for Tibetan freedom and independence in the past years.

His outstanding work includes preserving Tibetan culture and environment, promoting unity among Tibetans, and other charitable activities such as helping the poor and needy in society.