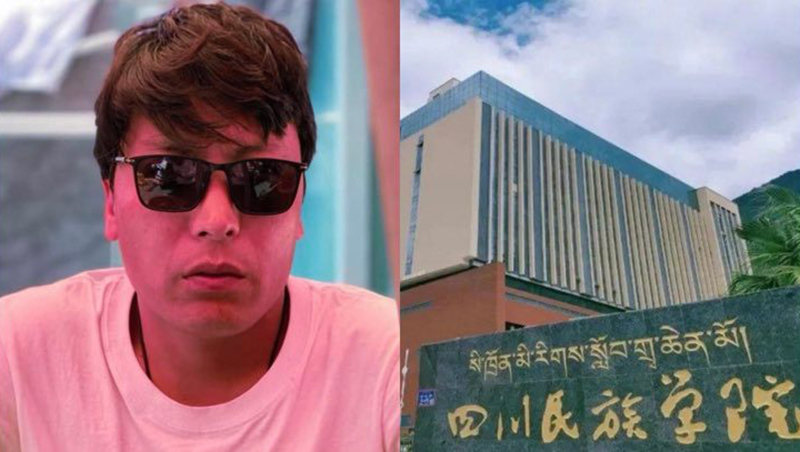 Dharamshala — Nyima, a university student from Dhartsedho, Kham province, Tibet, was sentenced to three years in prison on June 5, 2022, by Chinese authorities for allegedly leaking state secrets to the outside of Tibet.

According to a reliable source, Nyima, a native of Shelian village in Dhartsedho city, Kham region, eastern Tibet, was arrested in January 2022 by Chinese police in Dhartsedho on suspicion of being a spy. After five months in detention, he was sentenced to three years in prison by the Dhartsedho Intermediate People's Court on June 5, 2022.

“Nyima was arrested by the Dhartsedho local police in January 2022, on suspicion of being a spy, because he was a translator for foreign tourists and introduced the history and situation of Tibet to the tourists,” said the source, citing information in Tibet.

"He is a postgraduate student at Sichuan University for Nationalities (Ch:四川民族学院）, where he is doing research on Tibetan culture. He has been very interested in the Tibetan language in general," the source added on condition of anonymity for security reasons.

Related information, such as where he is imprisoned, his state of health, and the reason for his three-year imprisonment, remains unknown due to the strict control of the information flow from Tibet to the rest of the world.