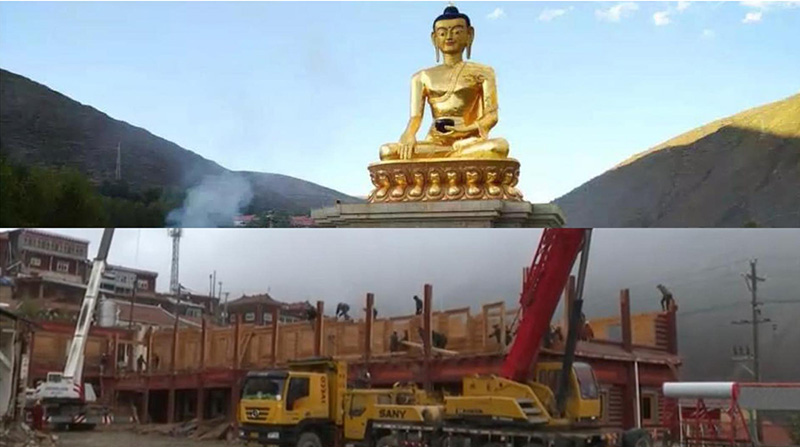 According to a reliable source, Chinese authorities in Draggo county, Kham, Tibet, destroyed the 99-foot-tall Buddha statue, and 45 prayer wheels around a monastery. The destruction began on December 12, 2021, and the statues have now been completely demolished.

The construction of the Buddha statue was completed on October 5, 2015, at a cost of 4 million RMB with the financial support of local Tibetans in Draggo County, Kham, Tibet. It was established to prevent famine, war, and catastrophes of fire, water, earth, and air.

The source also said that in November 2021, these Chinese authorities destroyed the Gaden Namgyal Monastic School of  Draggo monastery. This school had more than one hundred students and fifty rooms. This school taught Tibetan, Buddhist, English, and Chinese.

"The monks who showed unwillingness to destroy the statue or did not cooperate with the Chinese authorities were summoned to the police station and were severely interrogated and punished,” the source said.

Palden also mentioned that a Tibetan from Draggo County said with tears in his eyes that the Chinese authorities also burned, buried, and threw Tibetan prayer flags(Mani flag) and Mani stones into the water, just like the second cultural revolution taking place in Tibet.