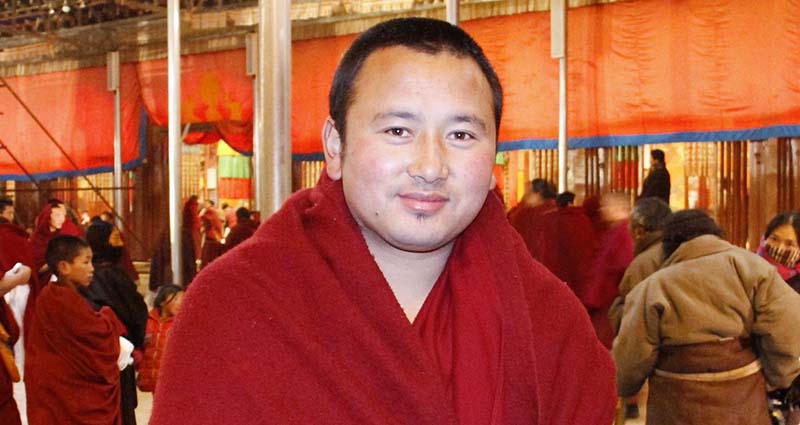 Dharamshala, India — Several Tibetan Buddhist monks from Kirti Monastery in Ngaba County, northeastern Tibet, were detained by Chinese authorities in October 2021, including Lobsang Choephel, the reason for the detention and other details remain unknown.

“Lobsang Choephel, a Tibetan Buddhist monk from Kirti monastery in Ngaba County, was detained again by Chinese authorities in early October 2021. The reason for his arrest and other details remain unknown,” said Kanyak Tsering and Lobsang Yeshe, spokespersons of the exile seat of Kirti monastery here in Dharamshala, India.

“ Ven Lobsang Choephel previously detained in Lhasa, the Tibetan capital, in 2008 and detained again in Ngaba County in 2011, where he was detained for four months by Chinese authorities,” Kanyak Tsering and Lobsang Yeshe told the Tibet Post International.

“Several Tibetan Buddhist monks from Kirti Monastery in Ngaba County, northeastern Tibet, were detained by Chinese authorities in early October 2021, the reason for their detention and other details such as their names and places where they were detained, remain unknown,” they added.

Ven lobsang Choephel hails from Ngasob Kanyak village, Ngaba County, northeastern Tibet. His father called RigKo(passed) and his mother called Tsering Kyi. They have four children, and Lobsang is the third one. He has been a monk at Kirti Monastery, Ngaba County since he was a child. He currently works as a staff member in the computer section and as a photographer for the monastery. He enjoys taking photos of landscapes and other scenery. He also participated in a number of photography art competitions in Tibet and won the first prize. He uses Moonlight (Dawo) as his name when uploading photos on social media.