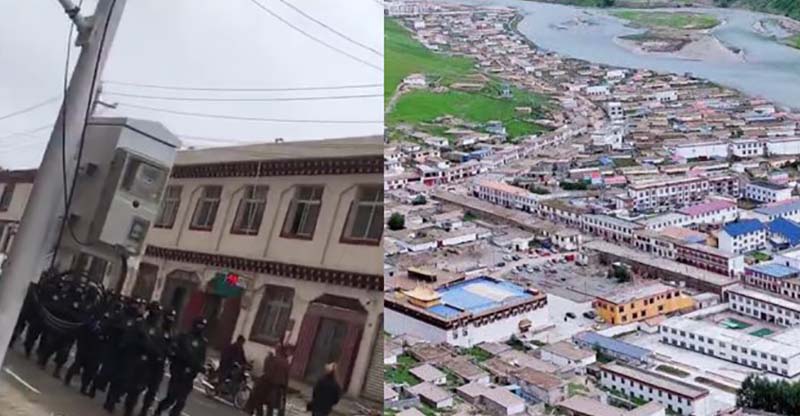 According to a reliable source, Chinese authorities detained 53 Tibetans from Wonpo villages again from August 25-29, 2021, for allegedly possessing photos of His Holiness the Dalai Lama and communicating with exiled Tibetans.

"Beginning on August 25, 2021, Chinese authorities searched every home in the Wonpo Villages to check whether they have photos of His Holiness the Dalai Lama in their homes and whether they are in contact with Tibetans outside of Tibet, and then they detained 53 Tibetans from the Villages,” the source said. Further information, including their names and ages, are unknown, due to tightened control of blocking information flow and preventing news about Tibet to reach the outside world.

"Starting on August 31, 2021, 20 Tibetan monks from Wonpo Monastery are to be investigated every day at the local Chinese authorities' office, and these monks must prove that they have had no contact with Tibetans outside of Tibet, have not talked about Tibetan politics, have not done anything to violate Chinese law, and they must promise not to do these things in the future," the source added.

“Sershul County is tightly controlled and the Tibetans are suppressed. I heard that more Tibetans are being detained, but due to the intense control, it is impossible to get the numbers and their names,” the source further said.